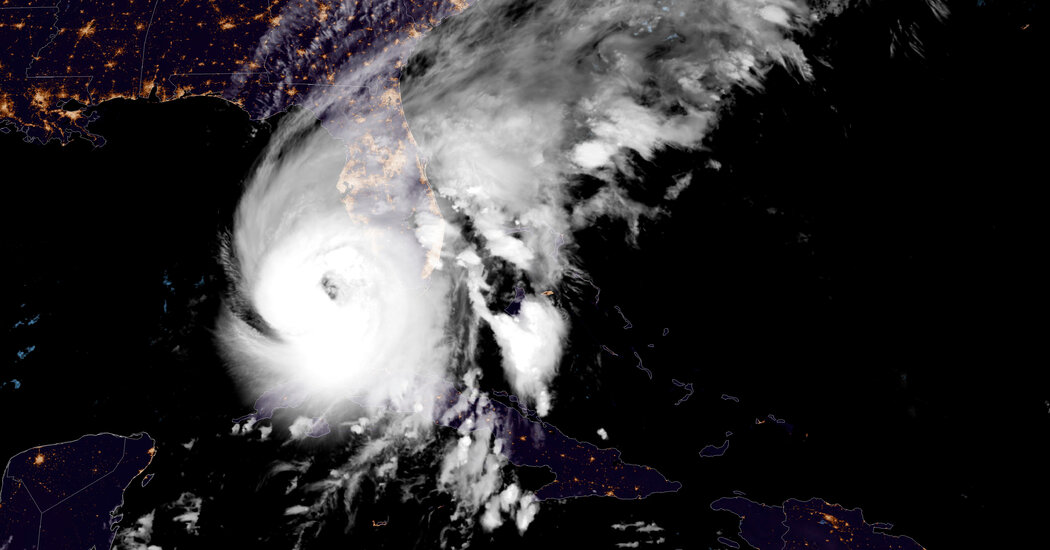 Most employees tend not to stick around as major hurricanes hurtle toward their offices. People who work for the National Weather Service often have the opposite instinct.

“It becomes an all-hands-on-deck situation,” said Austen Flannery, a meteorologist at the agency’s office in the Tampa area.

“For the most part we’re really not going to be going home,” he said by phone early Wednesday, hours before Ian was forecast to make landfall along Florida’s low-lying Gulf Coast as a Category 4 storm. “We’re just going to be finding a place to sleep.”

Mr. Flannery, 25, was speaking just before 1 a.m. from his office in Ruskin, Fla., south of downtown Tampa and a few dozen miles north of where Ian’s eye was expected to pass over land. About half of the office’s 20 or so employees — mostly meteorologists — were also hard at work.

Many were sitting in front of computer monitors showing swirls of red and green rain bands. Their tasks included watching radar screens for signs of flooding or tornadoes, looking at data from weather balloons, writing forecasts and taking calls from residents, emergency workers and at least one nosy reporter.

Technicians were also checking that the office’s weather-monitoring equipment — affixed to the top of the building and installed at nine regional airports, among other locations — was working properly.

Mr. Flannery said that he and his colleagues were already working 12-hour shifts at a minimum, and that many planned to essentially live in the office this week, pausing only to grab a few hours’ sleep on air mattresses.

“We’re here,” he added, “and to some extent there’s always a need for somebody to be doing something.”

The Crypto World Is on Edge After a String of Hacks

Cuba slowly starts restoring power after the entire island was blacked out.