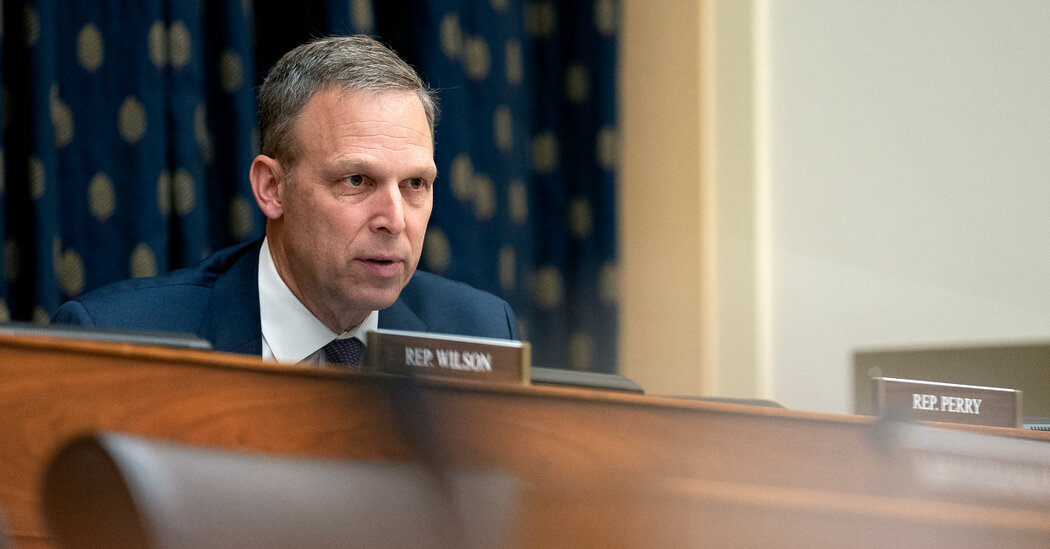 WASHINGTON — The F.B.I. on Tuesday seized the cellphone of Representative Scott Perry, Republican of Pennsylvania and the chairman of the ultraconservative House Freedom Caucus, according to the congressman’s office.

Mr. Perry, who has been issued a subpoena by the House committee investigating the Jan. 6 attack on the Capitol, said three F.B.I. agents seized his phone Tuesday morning while he was traveling with family.

“They made no attempt to contact my lawyer, who would have made arrangements for them to have my phone if that was their wish,” Mr. Perry said in a statement. “I’m outraged — though not surprised — that the F.B.I., under the direction of Merrick Garland’s D.O.J., would seize the phone of a sitting member of Congress.”

His statement was reported earlier by Fox News.

Mr. Perry compared the seizure of his cellphone to the F.B.I.’s search of former President Donald J. Trump’s Mar-a-Lago property Monday, in which agents took out boxes of materials after an all-day search related to an investigation into the mishandling of White House documents.

“My phone contains info about my legislative and political activities, and personal/private discussions with my wife, family, constituents and friends. None of this is the government’s business,” Mr. Perry said. “As with President Trump last night, D.O.J. chose this unnecessary and aggressive action instead of simply contacting my attorneys. These kinds of banana republic tactics should concern every citizen.”

It was not immediately clear why the F.B.I. had seized Mr. Perry’s phone. A spokeswoman for the congressman did not respond right away to a follow-up question, and the Justice Department did not immediately respond to a request for comment.

Mr. Perry has refused to appear before the Jan. 6 committee, and his lawyer has argued that there was “nothing improper” about his actions during the buildup to the attack on the Capitol.

In the weeks after the 2020 election, Mr. Perry was among at least 11 members of Congress who were involved in discussions with White House officials about overturning the election, including plans to pressure Vice President Mike Pence to throw out electoral votes from states won by President Biden, according to the committee. Mr. Perry also endorsed the idea of encouraging supporters to march to the Capitol, the committee has said.

A member of Congress since 2013, Mr. Perry also compiled a dossier of voter fraud allegations and coordinated a plan to try to replace the acting attorney general, who was resisting Mr. Trump’s attempts to overturn the election, with a more compliant official.

Voting Is Over in Kenya’s Election. Now the Battle Continues.