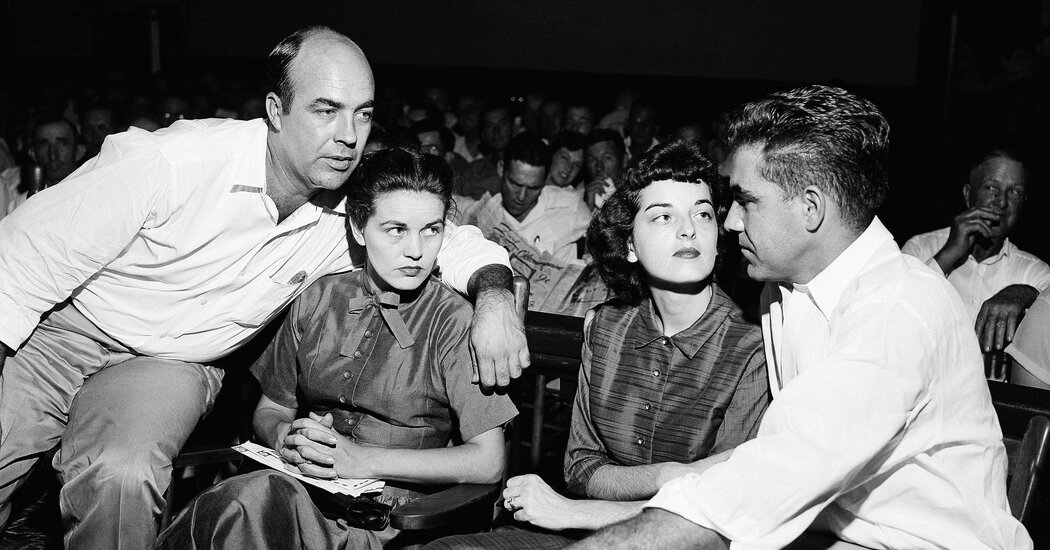 NASHVILLE — A grand jury in Mississippi examining the case of Emmett Till, a 14-year-old Black boy whose abduction and killing more than six decades ago became a galvanizing force for the civil rights movement, has declined to indict the white woman whose accusations prompted the attack, prosecutors said on Tuesday.

Jurors in Leflore County in the Mississippi Delta, where Emmett had traveled from Chicago in the summer of 1955, heard more than seven hours of testimony from investigators and witnesses with direct knowledge of the case. Still, prosecutors said, the panel did not find sufficient evidence to indict the woman, Carolyn Bryant Donham, on charges of kidnapping or manslaughter.

“After hearing every aspect of the investigation and evidence collected regarding Donham’s involvement, the grand jury returned a ‘no bill’ to the charges of both kidnapping and manslaughter,” the office of W. Dewayne Richardson, the district attorney for the Fourth Circuit Court District of Mississippi, said Tuesday.

The grand jury’s decision had been reported by The Associated Press.

For more than two decades, prosecutors and legal experts have indicated that there were dwindling legal avenues for holding Ms. Donham — or anyone — criminally responsible for the abduction, torture and killing of the teenager. Investigations were closed, and no indictments or charges had been issued. Witnesses were aging or dying. Ms. Donham’s husband at the time, Roy Bryant, and his half brother, J.W. Milam, confessed to the murder, but only after they had been acquitted by an all-white jury. Both men are dead.

Even so, new details kept emerging and reinvigorating the case. The latest came this summer as relatives of Emmett and researchers looking into his murder unearthed an arrest warrant for Ms. Donham — issued by the Leflore County sheriff and dated Aug. 29, 1955 — that had never been served. It accused her of kidnapping and led to the grand jury examination.

The Murder of Emmett Till

In 1955, Emmett Till, a 14-year-old Black boy, was kidnapped, tortured and killed in Mississippi after he allegedly whistled at a white woman.

The most recent turn in the case on Tuesday could very well be one of the last options for prosecution in the case.

“The murder of Emmett Till remains an unforgettable tragedy in this country,” prosecutors said in a statement, “and the thoughts and prayers of this nation continue to be with the family of Emmett Till.”

The Rev. Wheeler Parker Jr., a cousin and best friend of Emmett’s who is the last living witness to the abduction, described the development as “unfortunate, but predictable, news.” Still, he said he believed that prosecutors were living up to their assurances that “they would leave no stone unturned in the fight for justice for my cousin.”

“The prosecutor tried his best, and we appreciate his efforts, but he alone cannot undo hundreds of years of anti-Black systems that guaranteed those who killed Emmett Till would go unpunished, to this day,” Mr. Parker said in a statement on Tuesday.

“The fact remains that the people who abducted, tortured and murdered Emmett did so in plain sight,” he added, “and our American justice system was and continues to be set up in such a way that they could not be brought to justice for their heinous crimes.”

Ms. Donham, who is 88, could not immediately be reached.

In an unpublished memoir that surfaced last month, Ms. Donham stood by her earlier description of events and said she had tried to discourage her husband from harming the teenager.

“He came in our store and put his hands on me with no provocation,” she wrote. “Do I think he should have been killed for doing that? Absolutely, unequivocally, no!”

The Till family said the account was rife with inaccuracies.

There had been thousands of lynchings, many in the American South, but the gruesome details of Emmett’s killing reverberated across the country. He was tortured and shot, a 75-pound fan from a cotton gin was tied around his neck, and he was thrown into the Tallahatchie River. When he was found, his skull had been crushed and his face disfigured.

His mother allowed photographs of his mangled corpse to be published by Jet magazine, transforming Emmett into an enduring reflection of vicious racism. (Markers erected at sites connected to his death have repeatedly been vandalized.)

A grand jury in Leflore County had already decided once before, in 2007, not to indict Ms. Donham. That came after federal officials had launched an investigation in 2004 as his family and others maintained that other people had been involved in the lynching. Investigators exhumed Emmett’s body. They also discovered a long-lost trial transcript and produced an 8,000-page report handed over to local prosecutors.

A Justice Department investigation was reopened after a historian, Timothy B. Tyson, a Duke University professor, claimed in a 2017 book that Ms. Donham had recanted the most salacious parts of her account, including claims made during the earlier murder trial that the teenager had grabbed her and made sexually crude remarks. “That part is not true,” he quoted her as saying. The recantation was not included in the portions of his conversations with her that had been recorded; the professor said he was relying on his notes.

In December, federal officials said that the inquiry had been closed and that prosecutors could not pursue perjury charges, citing the statute of limitations and Ms. Donham’s denial of ever having changed her story.

What Martial Law? Marcoses Get Star Treatment in New Film.