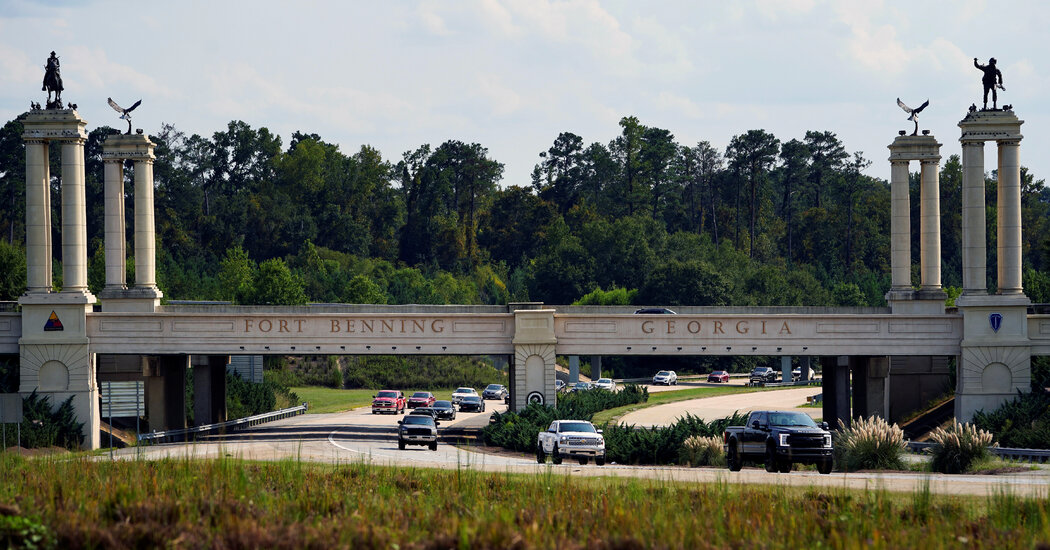 Two members of the U.S. military were killed and three others were injured on Tuesday during a “weather-related incident” on Yonah Mountain in northern Georgia, the Army said in a statement.

Joe Cole, a spokesman for the U.S. Army, did not elaborate on what caused the episode or say whether the victims were specifically members of the U.S. Army. The Army said in its statement that Fort Benning was mourning the death of the two service members.

The three injured service members were treated by Army medics and taken to a hospital, the Army said. Their conditions were not shared by Mr. Cole.

The names of the victims were not released.

Ty Vaughn, a meteorologist with the National Weather Service in Peachtree City, Ga., said by phone that about 3 p.m. on Tuesday there was a severe thunderstorm warning for an area near Yonah Mountain. The storm produced strong winds that damaged trees near the mountain, he added.

The deaths marked the second time in a month that service members were killed as a result of weather in Georgia. On July 20, one soldier was killed and nine others were injured in a lightning strike at the Fort Gordon Army base in Georgia. That episode occurred in a training area at the base and a time when strong thunderstorms were in the area.