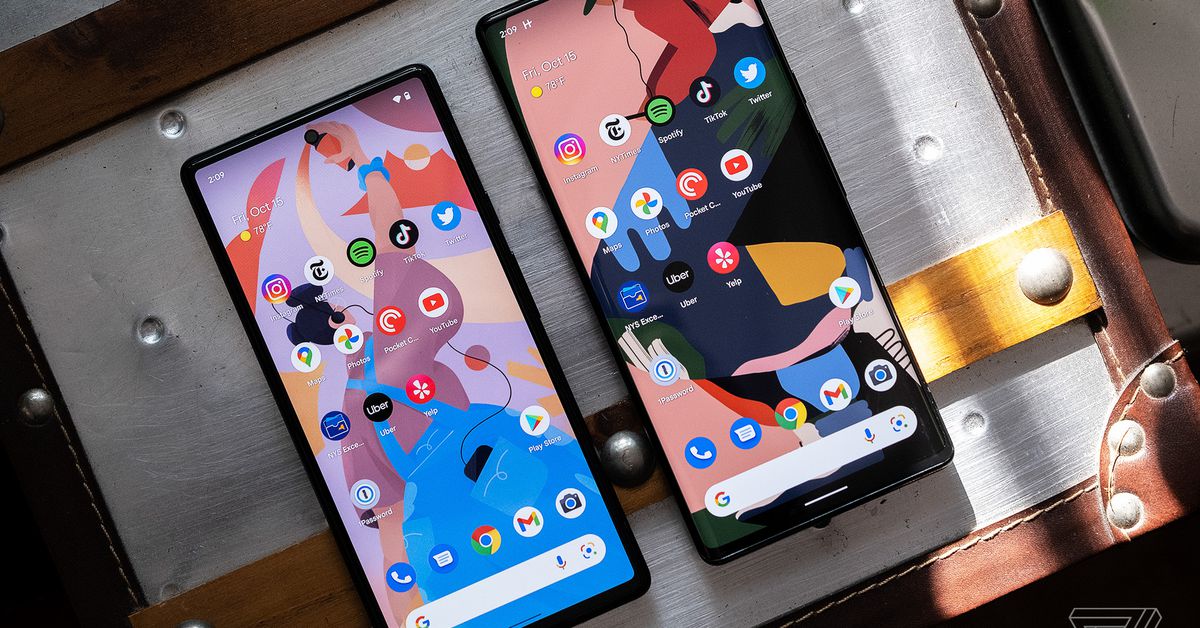 The Pixel 6 and 6 Pro might be Google’s “fastest-selling Pixels to date,” but they haven’t been what I’d consider a slam dunk in the hardware department. I’m not talking about aesthetics here: I’m a fan of the camera bar look, personally, though I detest curved displays. To each their own. Looking at the big picture, I think the Pixel 6 and 6 Pro are among the best phones that Google has made — the camera is superb (for stills), and the Tensor chip’s voice typing and dictation capabilities are genuinely next level — but they’re not without some faults. Google has successfully tackled many of the early software bugs, but some lingering hardware concerns remain.

A year in, based on my own time using both devices for extended periods and observations from other owners, these are the main annoyances that I’m hoping Google will address with the about-to-launch Pixel 7 and Pixel 7 Pro.

The Pixel 6 phones sometimes run warm, and it doesn’t take an intense workload to get them feeling like hand warmers after 20 minutes or so. Even normal tasks or casual apps like TikTok can turn up the temperature. It’s not a great look when Samsung and Apple devices stay relatively cool at nearly all times, and the Pixel 6 can get warm for seemingly no reason.

Google has gradually addressed this problem over time; the release of Android 13 went a long way in cooling down both phones. But the heat issue still persists from time to time, and when it happens, the Pixel 6 phones will disable features like the camera flash (or stop charging when plugged in) to ensure safety.

I’m hoping that with the Pixel 7 and 7 Pro, Google has put more of a focus on efficiency and maintaining performance without the thermal issues.

A difference in resolution, refresh rate (90Hz versus 120Hz) and LTPO technology isn’t all that separates the displays of the Pixel 6 and 6 Pro. At a more fundamental level, it’s obvious that Google chose an inferior OLED panel for the lower-cost device. Brightness, contrast, and uniformity are all better on the 6 Pro across the board. It’s the kind of thing you’d miss if you bought the Pixel 6 and never compared the two, but put them side by side, and the difference is noticeable.

It’d be nice to see Google source a better screen for the Pixel 7, as this really isn’t a tradeoff that other manufacturers make. Samsung’s midrange phones often have excellent displays, and aside from it being just 60Hz, the iPhone 14’s OLED is basically just as nice as the 14 Pro’s. Opting for the (slightly) smaller, more affordable phone shouldn’t mean staring at a worse screen all day.

A frequent complaint about the Pixel 6 lineup has been that they regularly exhibit weaker cellular connectivity compared to other flagship smartphones — and past Pixels, for that matter. This seems to be a direct result of the Samsung modem that Google built into the devices, which was already fairly out of date when the phones were announced.

If you’ve got strong signal in your area, it’s possible you haven’t encountered any problems. But weak signal strength has been among the leading critiques of the Pixel 6 and 6 Pro, so hopefully Google will swap to a newer modem with the 7 duo.

Faster charging would be nice

The Pixel 6 and 6 Pro simply can’t juice up their batteries as quickly as competing flagship phones in 2022. It’s nothing I’d consider intolerable, but they don’t even meet Google’s own advertised “30 watt” wired charging. The company says it aims “to strike a balance between battery life, longevity and fast charging,” but OnePlus, Samsung, Apple, and other phone makers have Google beat in this department. And temperature plays a role here, too, so when the Pixel 6 heats up, that’s not going to do any favors for its overall recharge time.

About that fingerprint scanner…

Personally, I haven’t had many issues or misreads with the under-display fingerprint sensors on the Pixel 6 and 6 Pro, but I know many people haven’t been as fortunate. Google has made numerous attempts to improve and speed up the fingerprint unlock process with software updates. Will things get faster with the Pixel 7? We’ll find out soon. But either way, it seems Google might add face unlock as a convenient backup option. I still miss the much faster, more accurate fingerprint scanner that was on the back of past Pixel phones.

Google will share all the details on the Pixel 7, 7 Pro, and Pixel Watch at tomorrow’s hardware event. We’ll be live blogging the announcements as they come in, but you should also stay tuned for our full reviews of the new devices for any insight on what fixes and improvements Google has made year over year.

Laurence Silberman, Conservative Touchstone on the Bench, Dies at 86

Dell is cutting 6,650 jobs amid falling demand for PCs

Rivian is working on an e-bike

Apple could introduce a pricier iPhone ‘Ultra’ in 2024

Twitter will let businesses keep their gold checkmarks — for…