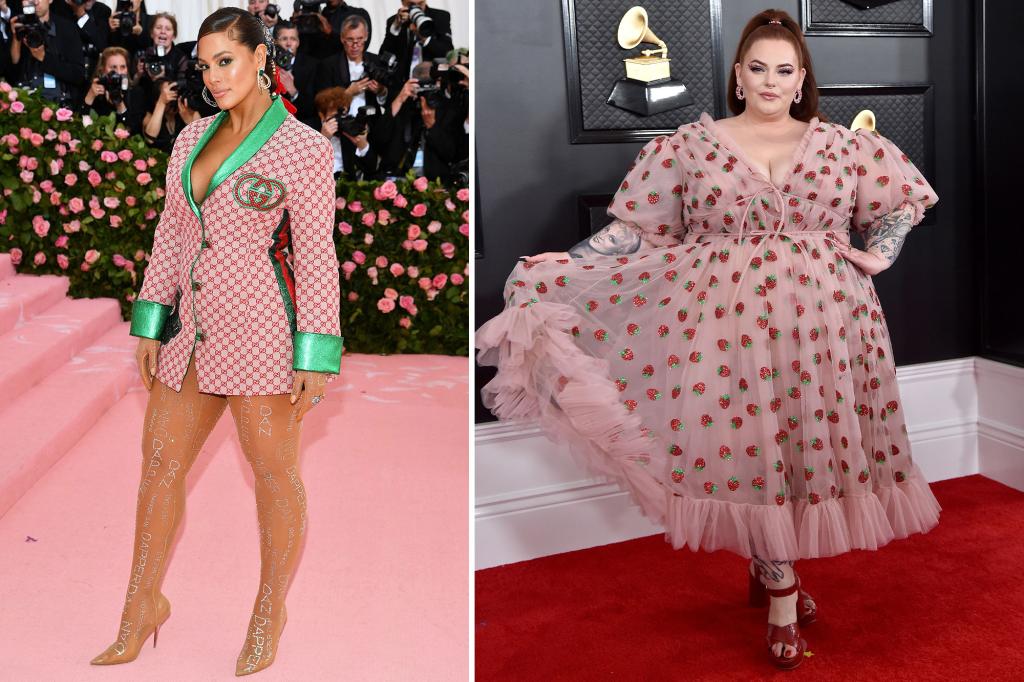 While traditional standards of beauty are evolving, people still have the desire to change their bodies to look like someone else.

The modeling industry has previously been accused of promoting unhealthy body types and eating habits in order to look skinnier, but now there is an increase in women getting procedures to get a more curvy look.

A study published in the medical journal Cureus suggests that the rise in popularity of plus-sized models may be contributing to a new trend in plastic surgery, with more people undergoing butt lifts and breast implants.

“Plastic surgeons may see an increased interest in procedures — including breast and buttock augmentation — that embrace a curvaceous plus size body type,” said author Professor Neelam Vashi of Boston University.

Butt lifts are currently the fastest growing cosmetic surgery in the world, with 61,837 carried out last year in the US alone, as reported in the New York Times.

The procedure involves taking fat from one part of the body and injecting it into a person’s bottom.

But these surgeries have previously been linked to health problems. In 2018, plastic surgery societies issued a warning about the risk of death from the Brazilian butt lift (BBL), stating that it had a rate of death “far greater than any other cosmetic surgery.”

Celebrities like Ashley Graham and Tess Holiday seem to be an inspiration for the demand.

“The fashion industry has also acknowledged the increasing popularity of plus size models by representing curvaceous figures within their marketing campaigns — and even altering models’ figures with padding,” Vashi said.

A social media data analysis found that the average following among the top 10 plus-size models was 3.8 million, compared to 38 million for “mainstream” models.

However, the study found there was no significant difference between the likes, comments and posts among plus-size models and “traditionally” thin models such as Gigi Hadid and Cara Delevingne.

Researchers chalked it all up to simple cause and effect: The standards for body image and inclusivity are changing in the US, resulting in the increasing popularity of plus-size models, as well as the demand for surgical procedures that might give someone a plus-size body type.

“The American standard of beauty appears to idolize extreme thinness as seen in Victoria’s Secret models and their diminishing body sizes,” Vashi said. “We sought to explore the impact of plus size models by reviewing their body size metrics and social media presence to better understand their emerging role in the current standards of beauty.”

The research found that the waist-to-hip ratio remained low between both groups, showing that there is a fixed standard of beauty.

“Societal pressures on retailers to incorporate an increased body diversity that fully represents their consumer base of society with an average dress size of 14 to 16 and BMI of 26.5 is likely contributory to the increasing presence of plus-size models,” Vashi said.

The shift can be seen in the study results, as well as the social media presence of many top plus-size models.

Vashi noted that no plus-size models were included in the top 10 highest-paid models on Forbes, and the top 10 can all be considered “runway” models with a dress size between 0 and 4.

The top paid model was Kendall Jenner, who has a following of over 154 million on Instagram — nearly half the US population.

Both plus-size and “mainstream” models gain additional popularity from appearances on TV or in movies, but the “mainstream” consistently comes on top as the “social media powerhouse of influence,” Vashi said.

She admitted that there is currently tension between groups wanting more body inclusivity and actual plus-size popularity, but it’s likely to decrease as favor for plus-size models continues to grow.

“Yet, even as the desire for plus-size models grows, the waist-to-hip ratio of models remains the same,” Vashi pointed out. “Further research needs to be done regarding the public acceptance of body types without an ideal waist-to-hip ratio in the body inclusive model.”

Condom gloves are the latest accessory at Paris Fashion Week

Some of fashion’s biggest names including Alessandra Ambrosio, Candice Swanepoel…

Drop dead gorgeous: Every model fell on the runway at Milan…