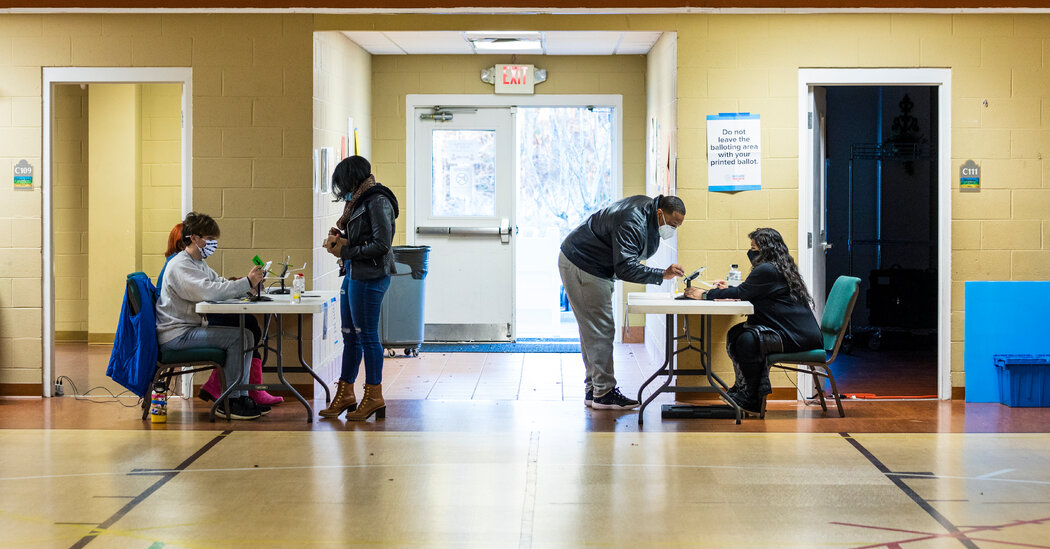 In Michigan, the secretary of state’s office said an attempt to challenge 22,027 ballots at once was invalid — state law says challenges must be submitted one at a time rather than in bulk, Jonathan Brater, director of the state’s Bureau of Elections, wrote in a letter to local officials.

Mr. Brater highlighted other issues with the group’s work. The activists used the U.S. Postal Service’s change of address system as evidence indicating a voter’s registration isn’t valid. But many people in that system, including students and members of the military, are still eligible to vote at their previous address, he wrote. Other challenges were based on a glitch that listed Jan. 1, 1900, as a place-holder registration date for people registered before new software was introduced.

In interviews with The Times, leaders with the group behind the effort, Election Integrity Fund and Force, said they did not have clear evidence that the voters listed were ineligible. They were simply prompting elections officials to make a closer examination of some potential errors, they said.

They weren’t aware of any voters removed from the rolls as a result, they said.

Election Integrity Fund and Force has been working in Michigan since the 2020 election, promoting skepticism about the election’s legitimacy. This month, it sued the governor and secretary of state in an attempt to decertify President Biden’s win in the state. It has also sent volunteers knocking on doors to survey residents about the registered voters in their homes. They presented their results to election officials as evidence of problems with the voter rolls.

But officials who reviewed the group’s findings said they were riddled with errors and leaps in logic. “They don’t have a grasp of how things actually work,” said Lisa Brown, the county clerk for Oakland County in the Detroit suburbs.

Ms. Kiesel, the group’s executive director, said her group planned to send lists of names to Michigan election officials before the November election. The lists will also go to poll workers, she said.