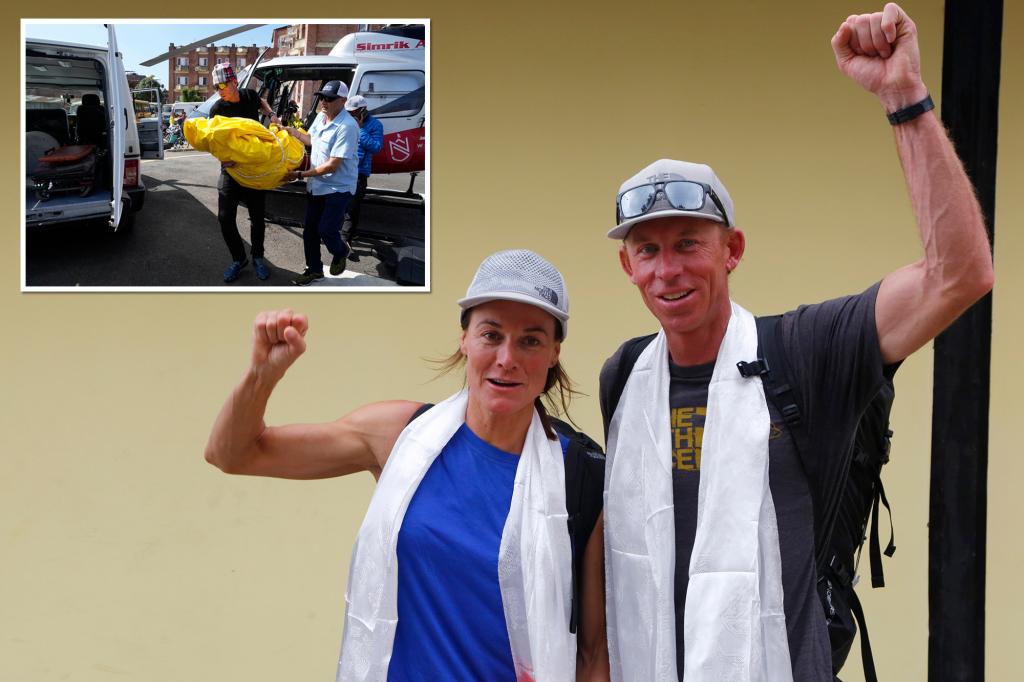 A US ski mountaineer who went missing in Nepal on the world’s eighth-highest peak has been found dead, officials said.

Hilaree Nelson, 49 — who fell into a crevasse while skiing down Mount Manaslu in the Himalayas with her partner Jim Morrison — was discovered Wednesday on the south side of the mountain, officials who organized the expedition confirmed to NBC News.

Expedition company Shangri-La Nepal Trek said her body was taken by helicopter to Kathmandu, where officials will perform an autopsy.

“Our condolences to brother Jim,” he wrote.

“[Hilaree] will be on her way home soon.”

Nelson’s death comes less than a week after she posted on Instagram about feeling less confident on the mountain. “These past weeks have tested my resilience in new ways,” she said alongside images of her and Morrison in climbing gear.

“I am challenged to find the peace and inspiration from the mountain when it’s been constantly shrouded in mist.”

Often hailed as the most prolific ski mountaineer of her generation, Nelson was the first woman to be named North Face Global Athletic team captain. In 2017, she and Morrison were the first Americans to summit India’s Papsura, or “Peak of Evil.” The feat earned Nelson the National Geographic Adventurer of the Year title in 2018.

Originally from Seattle, Nelson was based in Telluride, Colorado at the time of her death. In addition to Morrison, her romantic and climbing partner, she leaves behind two young sons and an ex-husband.

Shangri-La Nepal Trek and North Face did not immediately respond to a request for comment.

Hydrogen pipeline between Spain and France to be complete by 2030

Brittney Griner back on US soil after 10 months in Russian…