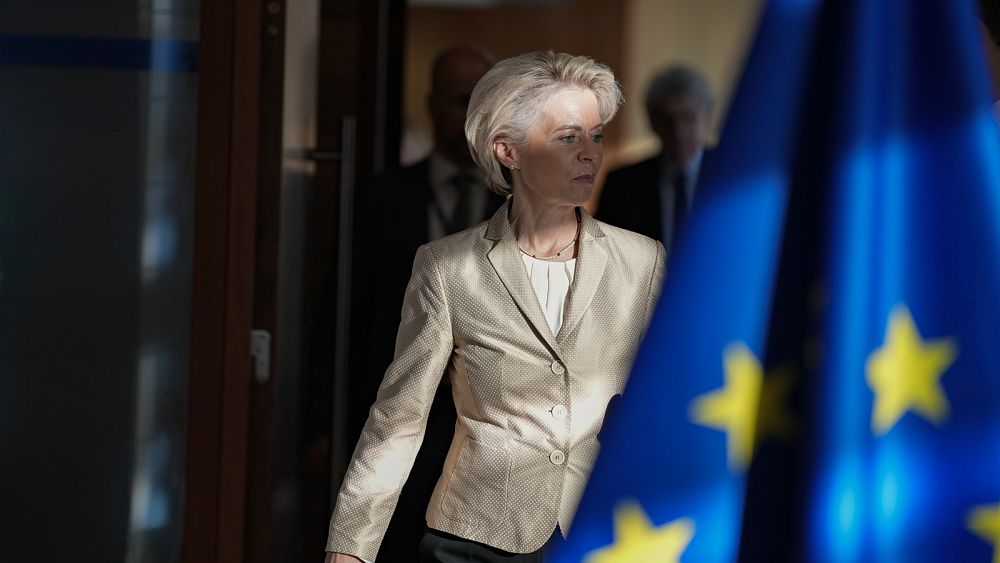 The European Union aims to impose a price cap on Russian oil and further restrict commercial links with Moscow with a fresh package of sanctions announced on Wednesday by Ursula von der Leyen.

The latest proposal comes in direct response to the referendums held in four Russian-occupied regions of Ukraine and the decree of partial mobilisation signed last week by Vladimir Putin to bring up to 300,000 reservists into the national army.

The votes are seen as a prelude to annexation.

“Russia has escalated the invasion of Ukraine to a new level,” the European Commission president said on Wednesday afternoon.

“We do not accept the sham referenda nor any kind of annexation in Ukraine and we’re determined to make the Kremlin pay for this further escalation.”

The proposed round of sanctions will introduce new import bans to keep certain Russian products out of the EU market and deprive the Kremlin of €7 billion in revenues, von der Leyen said.

Exports of EU-made goods, particularly key technology used in the Russian military, such as aviation, electronic and chemical components, will also be prohibited.

“These new export bans will additionally weaken Russia’s economic base and will weaken its capacity to modernise,” she said, without providing further details about the specific bans.

The case of former German Chancellor Gerhard Schröder, who had links with Nord Stream, Rosneft and Gazprom, attracted this year heavy criticism from inside and outside Germany.

“Russia should not benefit from European knowledge and expertise,” the Commission chief said, without mentioning Schröder by name.

The sanctions would also provide the bloc with the “legal basis” to implement the price cap on Russian oil agreed by G7 countries earlier this month.

The G7 economies want to impose the cap by barring insurance and shipping companies from helping Russia sell oil products at prices that exceed the agreed-upon limit.

Commercial oil tankers need insurance to cover the costs of incidents beyond their control, such as delays, damage to supplies, theft or even war.

EU and UK-based insurers enjoy a dominant position in the market, making it difficult for Russian tankers to find coverage elsewhere.

As the EU has already established an embargo on its domestic imports of Russian seaborne oil, the price cap is supposed to apply on the crude sold to other international markets, giving the sanction an extraterritorial dimension.

Since the Kremlin launched its war in Ukraine on 24 February, the EU has imposed six rounds of sanctions on Russia, together with a seventh complementary package to fine-tune their effectiveness.

The penalties encompass a gradual oil embargo, severe restrictions on road and maritime transport, the expulsion of key Russian banks from the SWIFT system and the suspension of state-owned media outlets accused of spreading disinformation and pro-war propaganda.

Additionally, the bloc has blacklisted a total of 1,206 individuals, including Putin himself and his foreign affairs minister Sergey Lavrov, and 108 entities.

Von der Leyen said the new raft, which she called the “eighth,” will make it possible to blacklist people accused of circumventing EU sanctions.

“I think this will have a major deterring effect,” she said.

The Commission’s proposal will be discussed and negotiated by member states before entering into force.

As a foreign policy tool, sanctions require the unanimity of all 27 member states and have to be renewed every six months.

Hungary’s Prime Minister Viktor Orbán has become increasingly vocal against the sanctions and plans to organise an informal survey among citizens to test the country’s support.

Such surveys, issued several times by Orbán’s government since he came to power in 2010, have been criticised by pollsters and opposition parties for containing biased and leading questions.

If Brazil’s President Attempts a Coup, What Will the Police Do?