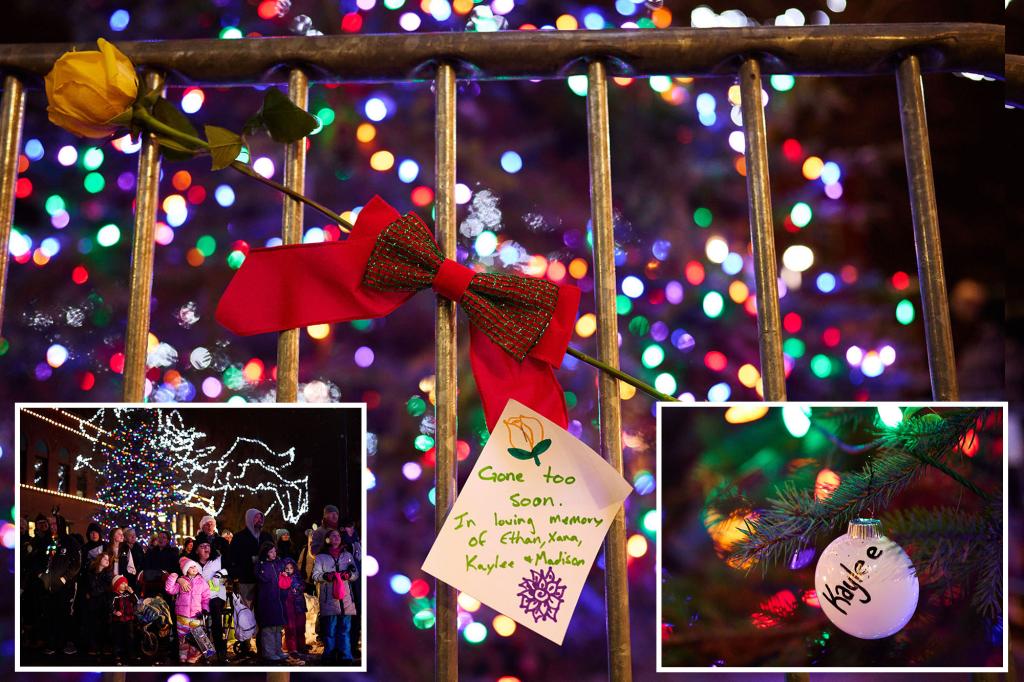 The event was held at Friendship Square to honor the lives of Kaylee Goncalves, 21, Madison Mogen, 21, Xana Kernodle, 20, and her boyfriend Ethan Chapin, 20, who were murdered on Nov. 13.

Residents were asked to share messages and place yellow roses at the Winter Wonderland Tree, the Moscow-Pullman Daily News reported.

Moscow Contemporary head Roger Rowley said the downtown art gallery partnered with the city to provide supplies for the event, according to the paper.

“To the families of Kaylee, Madison, Xana and Ethan, we mourn with you,” he wrote. “We pray you can find peace in this difficult time. I hope our tree honors your loved ones and their memory,” Brown, the father of a recent University of Idaho grad, said he wrote.

Brown also is the owner of Breezy Trees Farm, the business that donated the festive tree.

He said he hoped the killer is found quickly so “peace and calm can return to the area,” the Moscow-Pullman Daily News reported.

Almost a month after the brutal stabbings, police have yet to name a suspect and have not even released a possible profile of the killer.

The murder weapon, believed to be a large knife, has not been found.

On Monday, Police Chief James Frye became teary-eyed when he stressed that investigators are still combing through mounds of evidence.

“This case is not going cold. We have tips coming in. We have investigators out every day interviewing people. We’re still reviewing evidence. We’re still looking at all aspects of this,” Fry told Fox News.