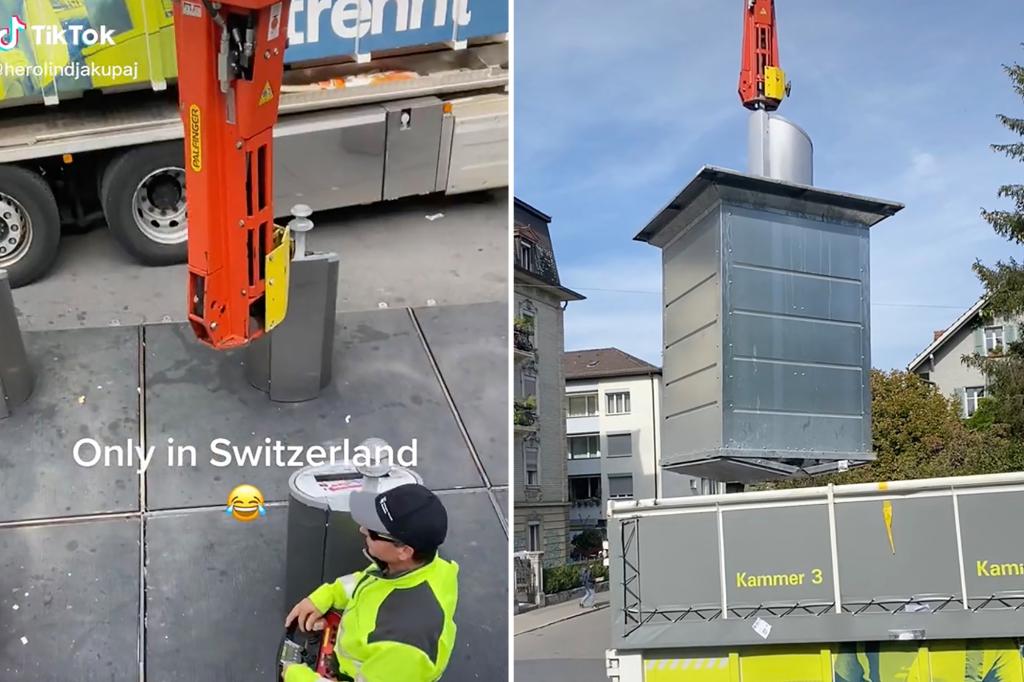 People across the globe have been awe-struck by the genius way public bins get emptied in some European countries.

The arm is shown in the video pulling on a relatively small pole to unearth a huge metal container filled with the public’s rubbish.

The jaw-dropping footage reveals how tiny the viewable part of the bin is relative to what’s hidden beneath the footpath.

The genius underground system allows for mammoth volumes of garbage to be held and collected without taking up any more space than a regular street bin.

Given only a small amount of waste is kept at street level, areas are also not as subject to bad odors as they otherwise would be.

Sulo Iceberg underground rubbish systems exist in more than 50,000 locations across Europe, with each one concealing 5000 liters of waste.

“On average, only 1/3 of the area of conventional container zones is needed,” the company boasts on its website.

“This opens up exciting design space for planners, while residents enjoy additional space, hygiene and safety.”

This allows for bins to only be emptied when needed and avoids bins being emptied when they’re only partially full.

The video, shared the caption, “only in Switzerland,” has been viewed close to 10 million times in just three days.

Dozens rushed to correct the author that it was actually operating in far more European locations including Portugal, Scotland, Finland, Norway and Germany.