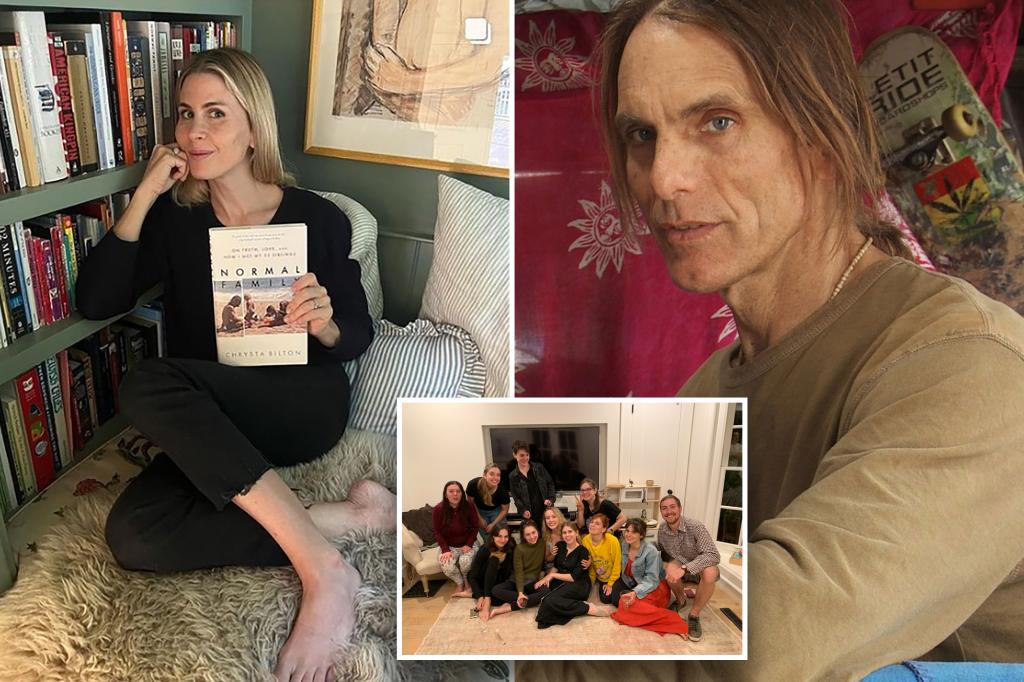 They’re keeping it in the family.

A California woman learned she might have more than 100 siblings when her mom told her that she could be dating her own half-brother.

Chrysta Bilton, 37, shares the wild anecdote in her new memoir, “A Normal Family: The Surprising Truth About My Crazy Childhood (and How I Discovered 35 New Siblings),” documenting how she eventually came to connect with dozens of her long-lost relatives.

Chrysta and her younger sister, Kaitlyn, were raised in Los Angeles by their mother, Debra, who was a lesbian and told them that their father had been a friend with whom she decided to have children.

Then, when Chrysta was 23, Debra dropped a bombshell — telling her two daughters that their biological father was one of the most prolific sperm donors in California.

Debra disclosed that their father’s name was Jeffrey Harrison — a man who had been known for decades as “Donor 150.”

In 2005, the New York Times published an article written by a woman claiming to be a daughter of Donor 150, in which she pleaded for him to reveal his identity.

The article prompted Harrison to come forward and he subsequently told the Times that he had spent most of the 1980s making twice-weekly sperm deposits at a California cryobank. He believed that he may have fathered more than 100 kids.

And, according to an excerpt from the book, that led Chrysta to a horrifying realization regarding a romantic interest when she was 22.

“It turned out that the guy I had been dating at that time, for over a year, was most likely my half-brother,” she wrote, although she does not reveal whether that was indeed the case. However, she told BBC Radio’s “Woman’s Hour” that it opened her eyes to a significant issue.

“That’s I guess what happens when sperm donation isn’t regulated and you have a lot of half-siblings,” she said. “I got over that; took me 10 years.”

Chrysta says her mom’s confession gave her “the shock of a lifetime” and prompted her to reach out to her biological dad and eventually connect with her half-siblings.

“It turned out that a lot of the stories my mother had told me about my upbringing were fibs, which was her tender word for bending the truth,” the author told NPR in a recent interview while promoting her new book. “This moment when she unveiled [the truth was] … really what led me to start investigating the story of my life.”

Chrysta says she learned that sperm donation in the 1980s was “really the Wild West,” explaining that “a man could donate as many times a week as he was able to produce” and that her biological father “did that for almost a decade.”

The author was initially reluctant to find out about any of her siblings, disclosing that she “wanted nothing to do with them for almost 10 years.”

But her attitude changed after talking with one of her half-sisters, who reached out via social media.

“She had such an enthusiastic view of this entire thing,” Chrysta explained. “It changed my attitude and it made me realize that the way I viewed this larger biological family was largely a choice and that any moment I could be enthusiastic about it and see the beauty in it.”

In the years since, she has met more than 35 of her half-brothers and half-sisters but admits there could be dozens and dozens more who are out there.

The writer also revealed that she and her siblings share genetic similarities, saying: “The vast majority of us have the same big toe. We have the same dimple on our left cheek. Many of us share ADD as something we struggle with. We all have the same laugh. So the similarities were truly wild.”

She revealed that she now sees her father several times each year, describing the experience as “a really positive thing.”

In her memoir, Chrysta also writes in detail about her turbulent childhood with her mom, who was reportedly involved in pyramid schemes and cults. Her mother’s pursuits left the family teetering on the edge of bankruptcy, leaving young Chrysta with feelings of deep insecurity.

The author has started a much more conventional family of her own, raising two young children with her husband, Nick Bilton, a Vanity Fair journalist. The mom-of-two says she now relishes the stability she has found.

“One of the silver linings, I think, from coming from an unpredictable childhood is that if you’re able to get out of that, you just feel so grateful for everything,” she told NPR.