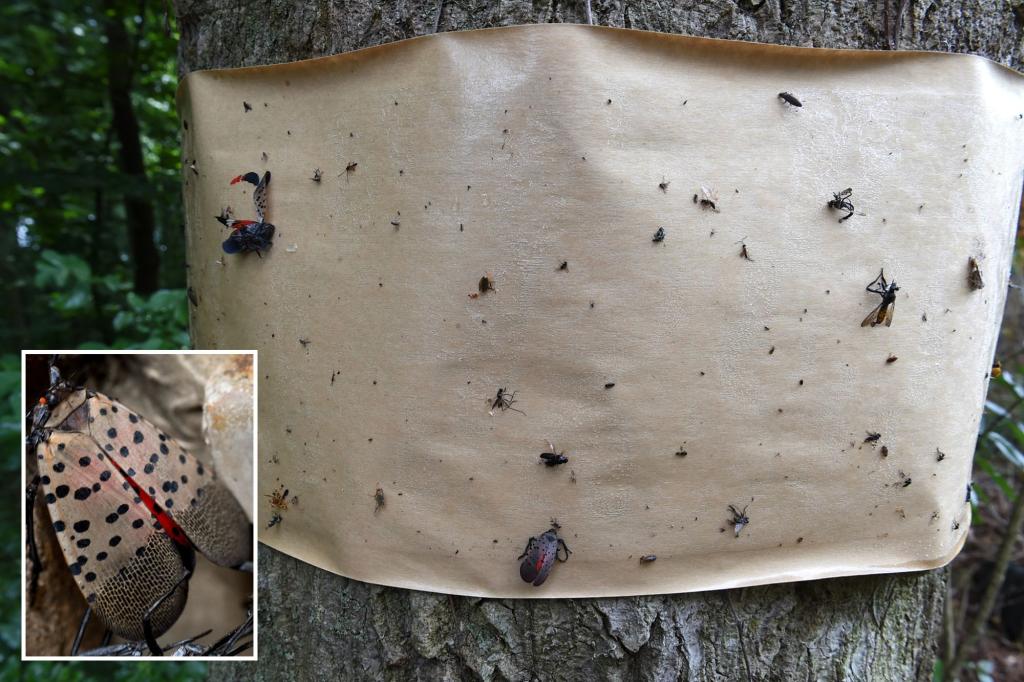 The spotted lanternfly, which is native to Asia, is not only pervasive and invasive but deadly to plants and first appeared in New York and New Jersey a few years ago.

Authorities in both states want residents to kill the invasive insect before it spreads even more, according to a report from FOX 5 New York.

That is because the bug feeds on plants and trees, causing devastating damage to crops and forests.

One way to control the lanternfly’s population is to squish it on sight. Another way is to set up glue traps. However, The Raptor Trust’s Chris Soucy says using glue traps can put birds at risk, too.

“The glue traps are very effective at catching the spotted lanternfly,” Soucy said. “We’ve seen a real, real increase over the last couple of years of birds stuck on these glue traps on trees.”

He said the birds caught alongside any lanternflies are also the insects’ few predators in this area. The birds are drawn to the traps because of the immobilized invasive bugs.

“It’s real hard to get them out of this stuff,” Soucy said. “It’s really sticky.”

Soucy recommends installing a wire mesh frame over the sticky surface to reduce the chances of snaring a bird.

“If you must use the sticky tape traps (though we advise alternative methods), you can make them somewhat safer for birds and small mammals by wrapping a cover of small mesh wire over the tape at least an inch away from the tape,” The Raptor Trust states in a Facebook post. “The wire mesh needs to be small enough to keep birds out, but the lanternflies can still get in. Half-inch ‘hardware cloth’ is a good option.”

The Raptor Trust recommends using a circle trap instead and points to instructions on how to build one from Penn State Extension.