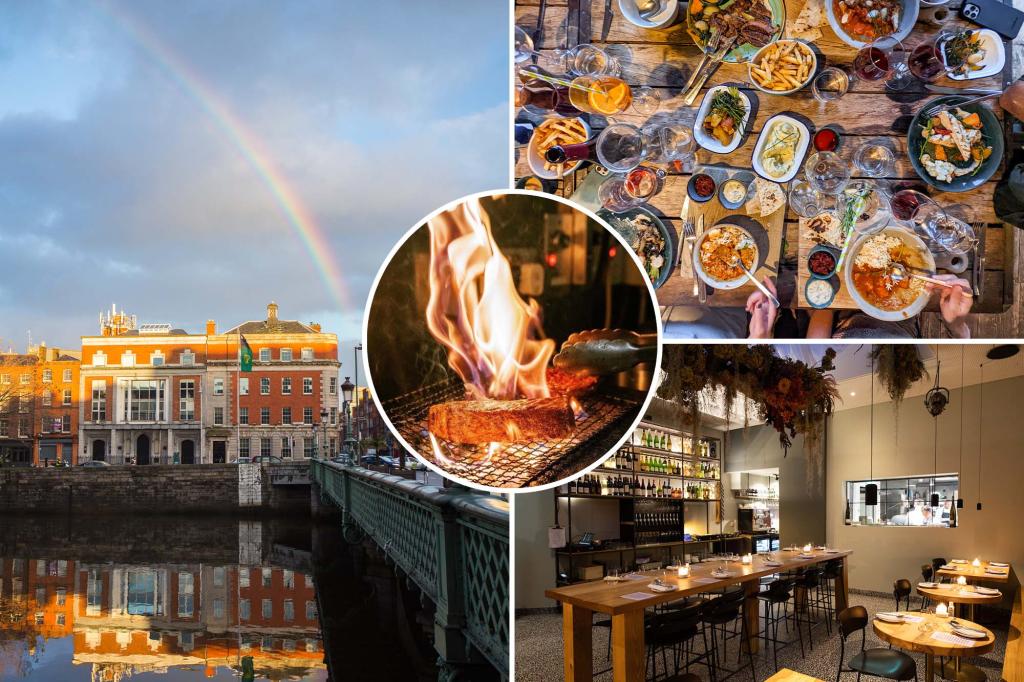 If you think your next trip to Dublin will be fueled exclusively by stews, shepherd’s pie and Guinness, the team at Bog & Thunder — a new food-themed tour operator that focuses on travel to Ireland — wants to blow your mind.

“Most people have an antiquated idea of what Irish food is,” Kate McCabe, who co-founded Bog & Thunder with her husband Max Sussman, told The Post. “To the extent that they think of Irish food at all when planning their trips, they tend to think that it’s all meat and potatoes.”

That’s changing. McCabe believes that by highlighting the work of Irish chefs, Dublin could become a culinary capital.

“We want to be part of the effort to put Dublin on the map as a global food destination, much like Copenhagen or Mexico City,” McCabe said.

To take you outside the pub, Bog & Thunder crafts custom itineraries, as well as group crawls to give travelers insidery insight into Ireland’s fast-evolving food culture (prices for custom trips start at $500 per day).

As you stroll, he’ll regale you with the history of the city’s restaurant scene.

Or why not take a cooking class with chefs Jess Murphy and Eoin Cluskey, who recently completed “the United Nation of Cookies,” a cookbook featuring recipes from refugees and immigrants who now call Ireland home.

Better still head out on your own.

Below, McCabe dishes on some of the best Dublin restaurants and bars.

At Allta,  perched on the rooftop of a parking garage in the city center, celebrated  chef Niall Davidson is making some of the most inventive dishes in Dublin.
Dive into a plate of scallops, chicken, morels and wild garlic that wowed McCabe back in May.

“The textures and flavors — particularly the chicken liver-stuffed morel—  will stay with us,” she raved.

Eating by the book

Everything is meant to be shared.

There’s even, including a cocktail featuring a rum made in Ireland. Sláinte!

In the hipster neighborhood of Portobello, pop into Table Wine for the fantastic natural vino program, filled with Beaujolais producers and biodynamic bottles from Germany’s Weingut Schmitt.

The kitchen prepares a tasting menu most nights, but you can also drop in for a drop of Pet Nat and some Irish cheese (like a potent, cow’s milk blue from Newtownards in County Down) if you’re just looking for an early evening nosh.

The whole-grain sourdough and the rich, flaky pastries are what get people in the door, but according to McCabe, you can’t sleep on the chunky, sesame seed-dusted sausage roll.

“It’s the standard by which we judge all sausage rolls,” she said.

During the day, Saltwater Grocery is a cult-favored fishmonger and gourmet store. But on some nights,  chefs Karl Whelan and Niall Sabongi host the city’s most sought-after dinner pop-ups.

Serving fresh oysters topped with magnolia granita and dry-aged salmon, McCabe says, “These dinners are everything we love about the Dublin food scene: small, intimate, and with an emphasis on responsibly sourced ingredients.”

‘Untreatable’ STI linked to infertility, miscarriage due to ‘silent spread’

How do different generations treat their health as an investment?

Experts puzzled over photo of Australian shark with human…

Dancing women swallowed by sinkhole in wild video: ‘We just…

Dear Abby: My husband’s sexual fantasies are disturbing to…