That Dinner Tab Has Soared. Here Are All the Reasons. 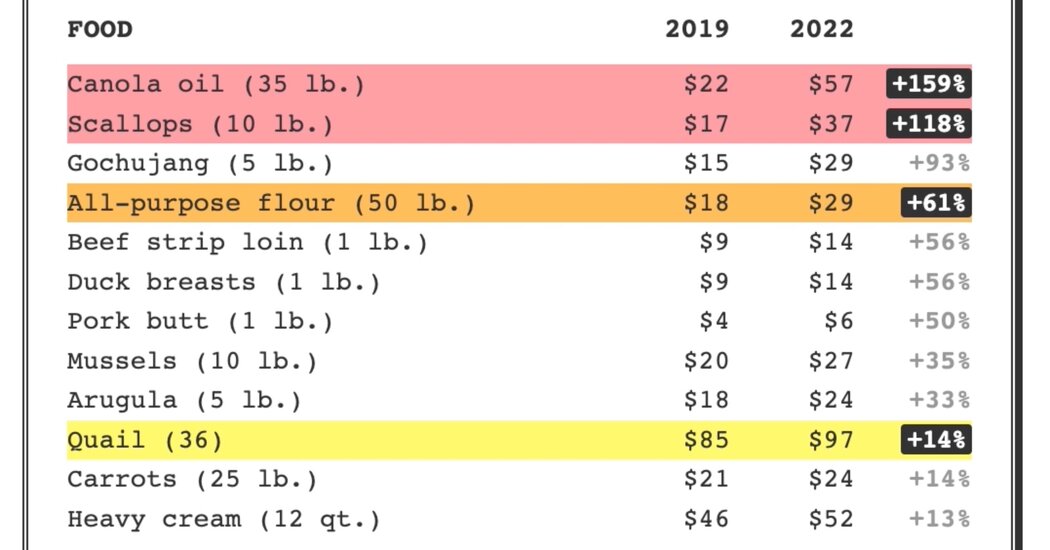 The menu at Good Food on Montford, one of three restaurants Mr. Moffett owns, centers on creative small plates, from spice-rubbed pork buns to green tomato focaccia. They call for a wide variety of ingredients, many from local purveyors like Boy & Girl Farm.

Prices have skyrocketed for the marquee proteins, like beef and pork, in the most popular dishes.

He has raised the price on the restaurant’s Korean beef with crispy rice to $16. In 2019, just before the pandemic, it cost about $12. 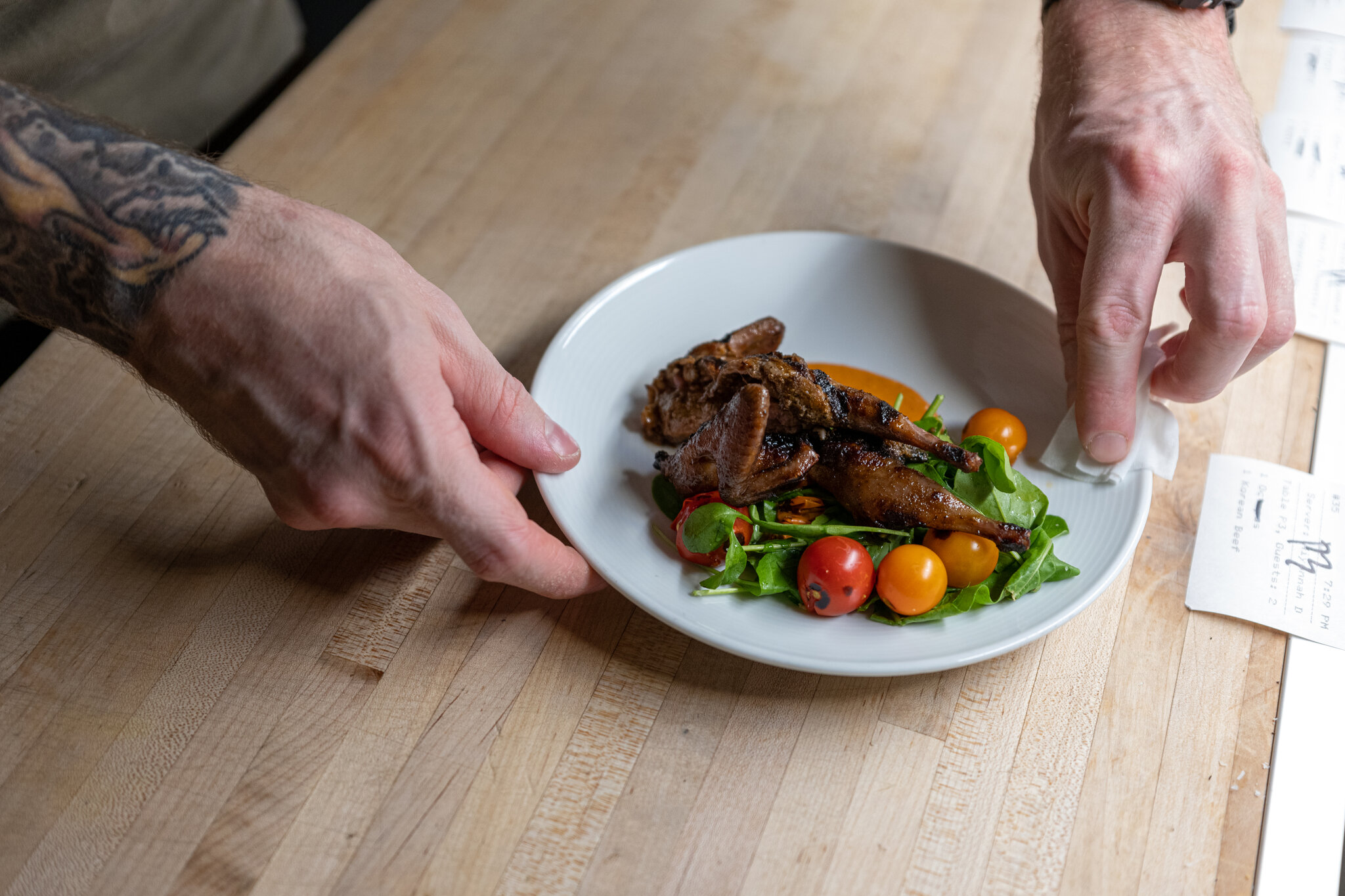 The price of scallops has risen 118 percent in that time. The chef, Andrew Alexander, said that to serve the shellfish, he’d have to charge more than $30 for a small plate, which “is not realistic for this place.” So he came up with new dishes that showcase less expensive proteins, like quail. 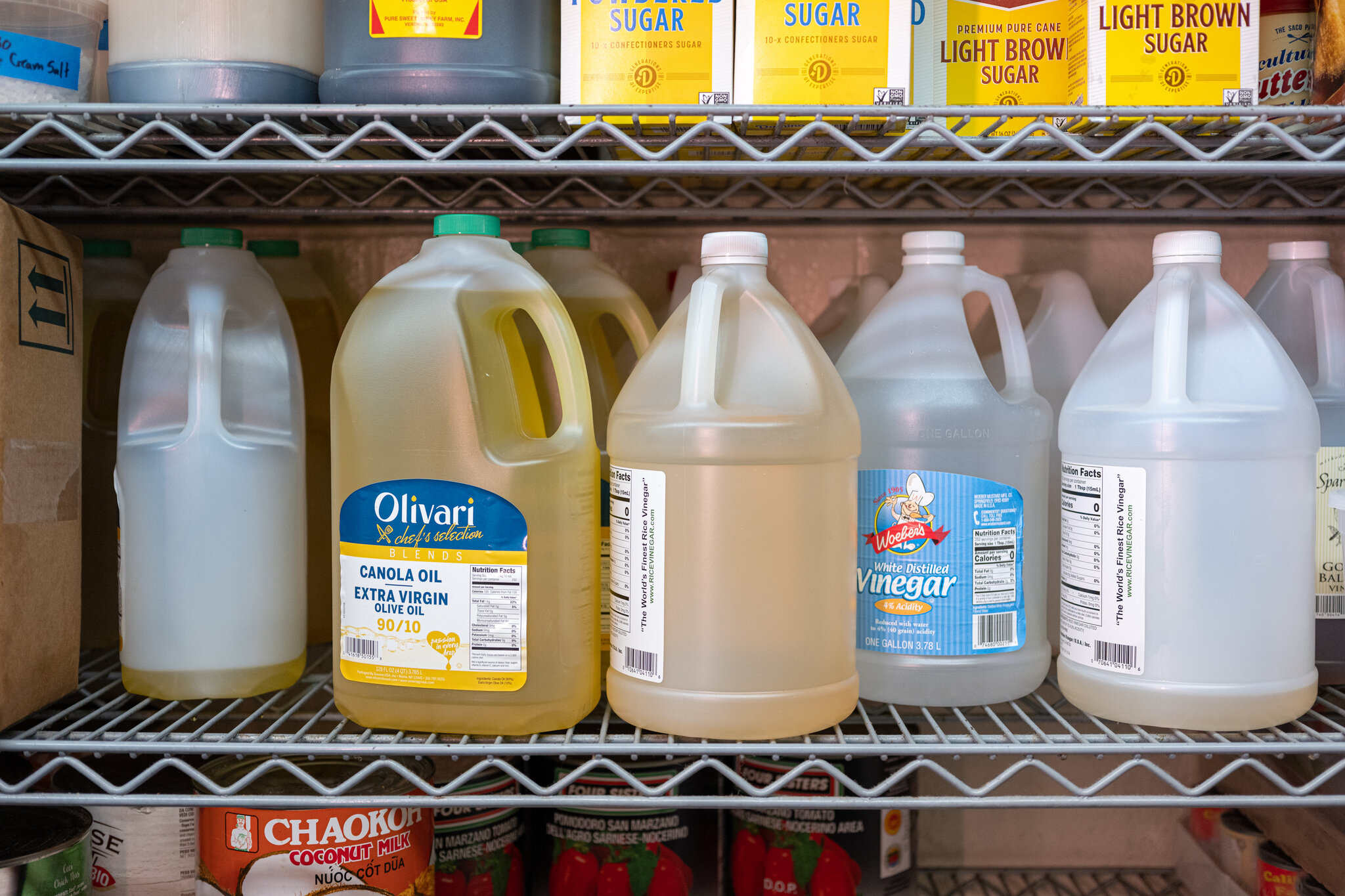 More basic ingredients like cooking oil and flour can’t be swapped out. But those costs have shot up, too — canola oil alone by 159 percent.

David Ortega, a food economist who teaches at Michigan State University, traces those increases in large part to the war in Ukraine, which has disrupted trade and caused shortages, escalating wholesale wheat prices in the United States.

Russia and Ukraine also provide much of the world’s sunflower oil, he said, and as sunflower oil prices have climbed, so too have the prices of substitute oils. 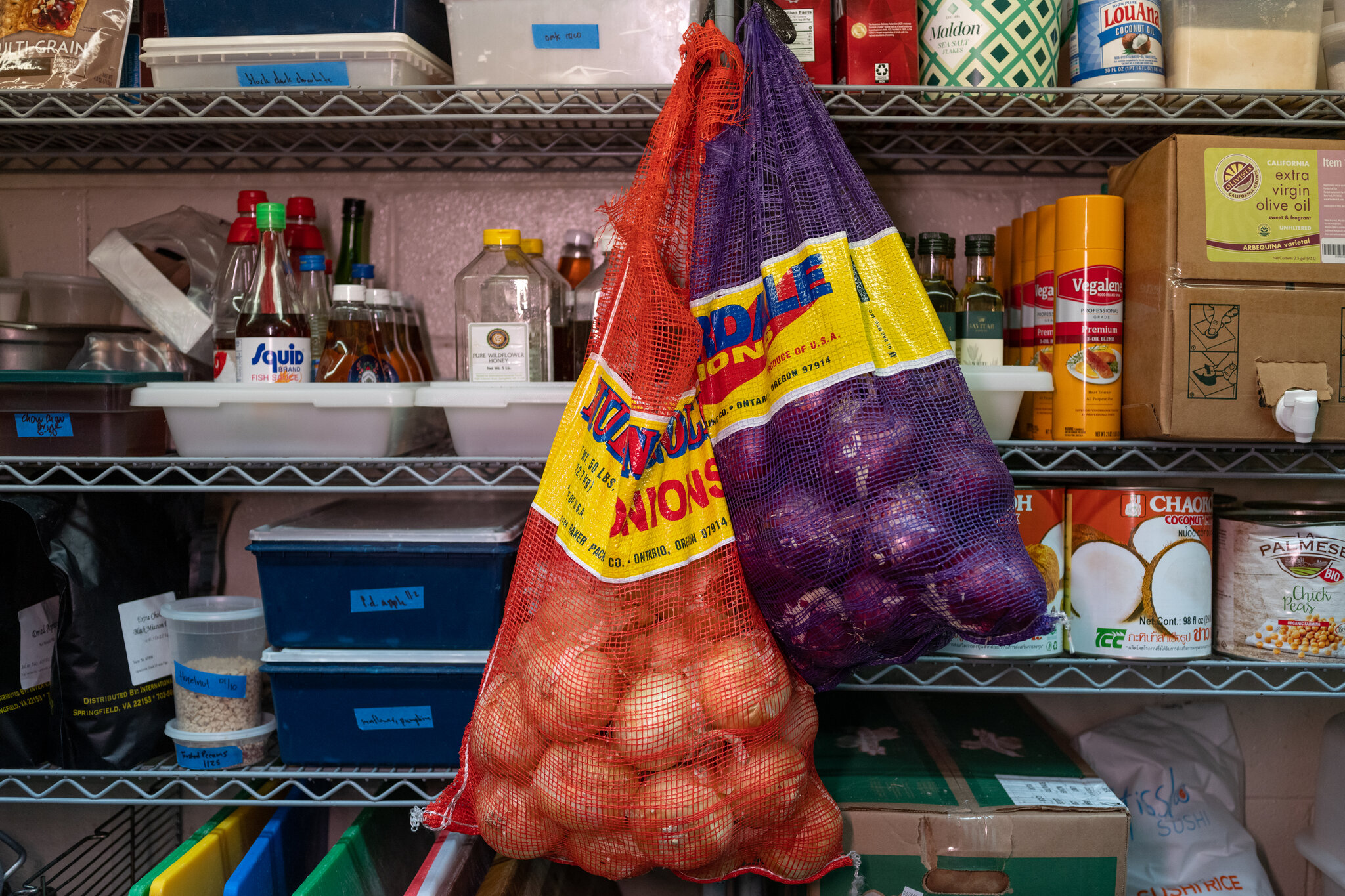 Rising fuel and fertilizer costs, along with labor shortages, play a role in the surge of produce prices, Mr. Ortega said. He also cited climate change, which has led to droughts that limit agricultural output.

Mr. Moffett uses several imported products in his kitchens, like gochujang, whose price has risen 93 percent — a result, he said, of higher fuel prices and fewer workers to unload ships.

“We find out that items are sitting on ships for several weeks before they are taken off and brought to us,” he said.

As Mr. Moffett has raised menu prices, his chef has taken six of about 22 dishes off the menu. “I am worried about ordering in a bunch of food and sitting on a bunch of money,” Mr. Alexander said.

Some customers have complained about the more limited menu. One, Sarah Holshouser, said that some of the small plates she ordered didn’t include much food, and that the bill was higher than she expected. “I feel like people are more reluctant to go out to eat at all,” she said, “because Charlotte restaurant prices have increased so much.”

Admiring the Trees of Paris

The Purple Drink That Has the Heart of Peruvians

The Secret to the Best Cauliflower Soup? High Heat and a Little Spice.

Sample Noodles From Across China

For Her Swan Song, Linda Ronstadt Turns to Recipes

Fluffy Cheddar Biscuits and a Cocktail

Finding the Elusive Flavors of Panama

West African Chefs Take a Page From the Fast-Casual Playbook