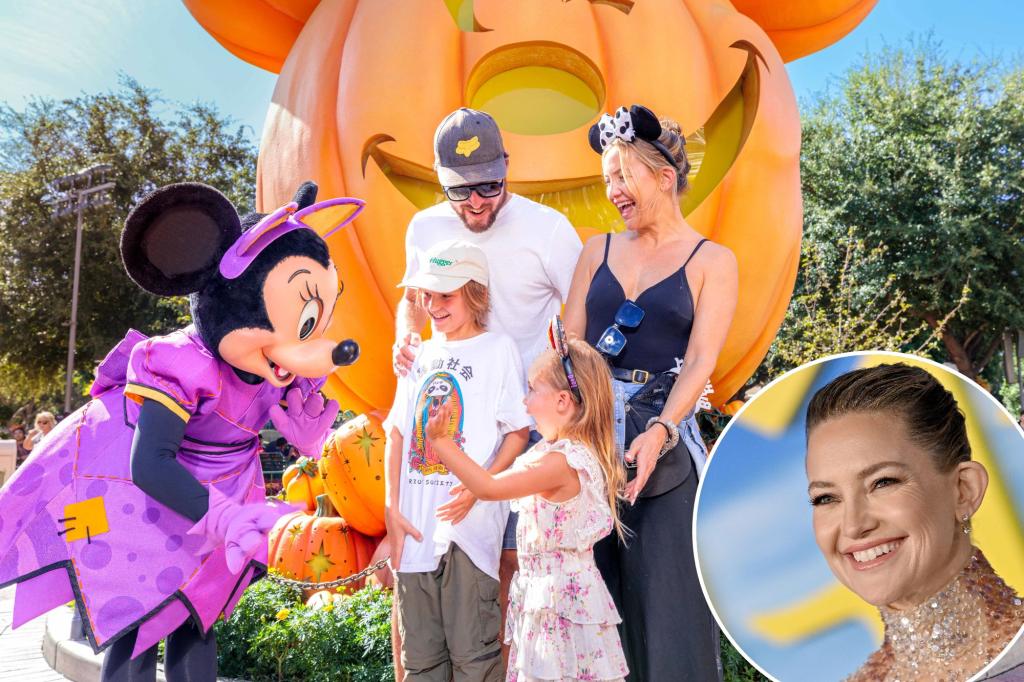 Kate Hudson is revealing some of the favorite holiday traditions she shares with her three children.

The 43-year-old actress, who is the mother to son Ryder, 18, with ex-husband Chris Robinson; son Bingham, 11, with ex-fiancé Matt Bellamy; and daughter Rani Rose, 4, with fiancé Danny Fujikawa, said her family has “so many” Christmas traditions.

“‘The Night Before Christmas’ — every night we read the book. And Santa knows. … Usually when the kids are going to sleep, Santa shows up, and it’s really wild because the kids can’t believe it,” Hudson told E! News.

“And the kids just go nuts. So, they go right to sleep. And Santa usually leaves hints about what he likes to drink and eat at night.

“And some years, it’s cookies and milk,” the “Glass Onion: A Knives Out Mystery” star said. “Some years, it’s like rum and coke and licorice. Some years, he’s looking more like a dirty martini because he needs the break.”

Last month, the “Fool’s Gold” actress opened up about amicably co-parenting her three children with their three different fathers.

“It might not look traditional from the outside, but on the inside I feel like we’re killing it,” the Academy Award nominee told The Sunday Times.

“The unit that I’ve created with three children with three different fathers is a seriously strong unit, and it’s ours.

“I’m not interested in forcing some conventional idea of love or marriage. I’d like to be able to grow intimately with my partner for a long time, but I also don’t have rose-colored glasses on.

“My goal in life is that I want to feel love and I want to give love, but I’m also practical, so, one day at a time,” Hudson added. “I work really hard at relationships because I like them. My parents have done an amazing job of continuing that dance.”

Hudson was referring to her mother Goldie Hawn, 77, and her partner of 39 years, Kurt Russell, 71. Though Hudson is the biological daughter of Hawn and musician Bill Hudson, 73, the actress has said that she considers Russell to be her father.

In May 2000, Kate met Robinson, and a few days later, the pair moved in together. The couple tied the knot on New Year’s Eve of that year and Hudson gave birth to Ryder in 2004. The two separated in November 2006 and finalized their divorce in October 2007.

Hudson said her eldest is “in college and very happy,” adding, “Chris and I just need to check in once in a while.”

The Fabletics founder and Bellamy, 44, began dating in 2010 after meeting at the Coachella Music Festival in Indio, California. The two revealed that they were engaged in April 2011 and welcomed Bingham “Bing” in July of that year.

In December 2014, the actress and the Muse frontman announced that they had called off their engagement. However, they have remained on good terms since ending their romance, with Hudson telling the Times she “couldn’t ask for a better co-parent.”

The “Almost Famous” star began dating Fujikawa, 36, a longtime family friend, in December 2016. Hudson first met the musician when she was 23 and pregnant with Ryder.

In April 2018, Hudson announced that they were expecting their first child together, and they welcomed Rani late that year. The two revealed they were engaged in September 2021.

Hudson told the Times the couple is in no rush to walk down the aisle.

“I hope we get married,” she said with a smile. “We’re not in a hurry. The last thing I need right now is to plan a wedding on top of everything else, but I’m excited about it.

“Last night, he was going through some old footage on his phone of him and Rani, and it melted my heart. He’s such a wonderful dad and stepdad.”

25 Restaurant Dishes We Couldn’t Stop Thinking About This Year