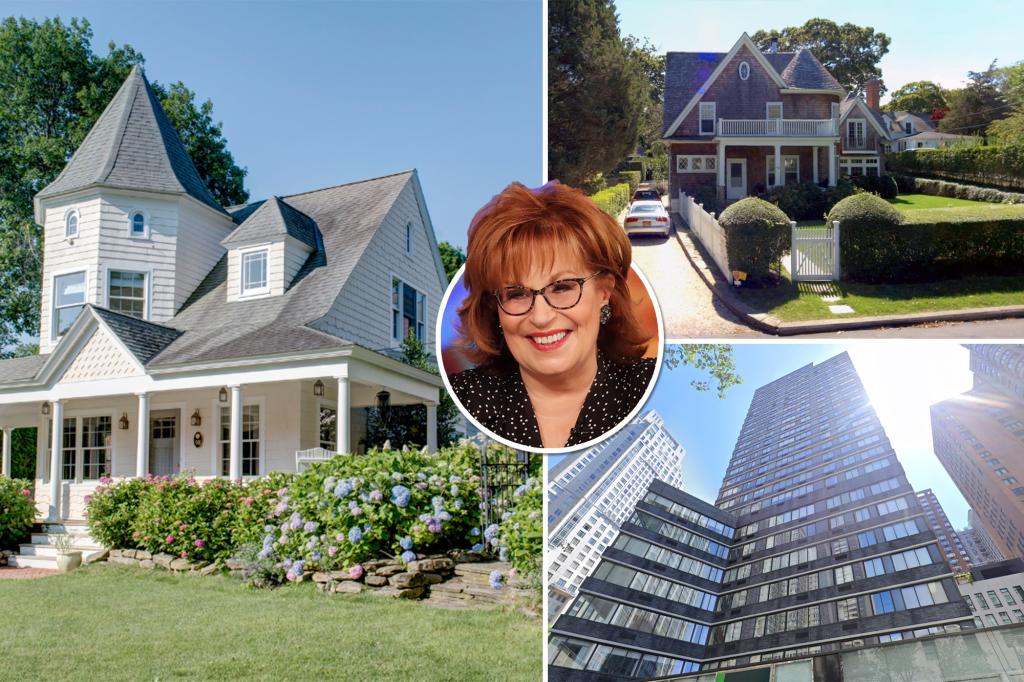 Joy Behar just wrapped her 23rd season as a co-host on “The View” — and it’s no wonder she continues to joke about being “glad to be fired.”

Behar, a Brooklyn native, remains the only original panelist on the 25-year-old show who regularly co-hosts, despite the brief break she took from 2013 to 2015.

Meanwhile, the 79-year-old author has written multiple books, which have earned her millions more.

And while Behar has discussed retiring soon, she will stay as co-host on “View” for another few years — which means a higher salary could be in the works.

Her accrued wealth has helped her score a real estate portfolio worth an estimated $14 million today.

The Post has obtained property records that outline all of her real estate holdings.

Behar purchased a two-bedroom, three-bathroom Upper West Side residence in 2017 for $2.4 million for a shorter commute time to the ABC studio.

Her current pad, located at 62 W. 62nd St. is only four blocks away from the View‘s West 66th Street location.

Spanning 1,315 square feet, the condo, which can be converted into a three-bedroom, features a large balcony with views of Central Park.

Just steps from the park, Lincoln Center, and Columbus Circle, Behar purchased the home newly painted and with refinished flooring, according to the previous listing.

Pegged as “rarely available,” it features an L-shaped corner living room, a separate den, a home office, a windowed kitchen and a washer/dryer.

This home is estimated to be worth $2.74 million today.

A year before buying her new Manhattan home, Behar shelled out $4.75 million for a spread in Sag Harbor — an incorporated village between East Hampton and Bridgehampton — located in the Hamptons.

Made up of four bedrooms and 3.5 bathrooms, the property spans 4,500 square feet.

Located just a few steps from the Village and Haven beaches, this is a traditional-style home that features the main residence, a separate cottage and a gunite pool.

The second floor can be accessed with two grand staircases, which includes an ensuite primary bedroom with a fireplace and a ensuite guest room.

On the back of the property is the cottage, which features a full kitchen, a bonus room and a loft.

The home is estimated to be worth $7.13 million today.

The last home Behar owns is another Sag Harbor estate that she transferred over to her only daughter, Eve Behar, last May, records show.

Behar purchased the five-bedroom, four-bathroom property in 2013 for $2.02 million.

Spanning 3,500 square feet, photos of inside the home are scarce since Behar purchased the home off-market.

Before Behar came to own the home, it was last purchased back in 2006.

Built in 1901, the home has since seen a bevy of renovations.

It’s estimated to be worth $4.23 million today.