Influencer dragged for complaining about ‘insane’ job, finishing at 5:19 p.m. 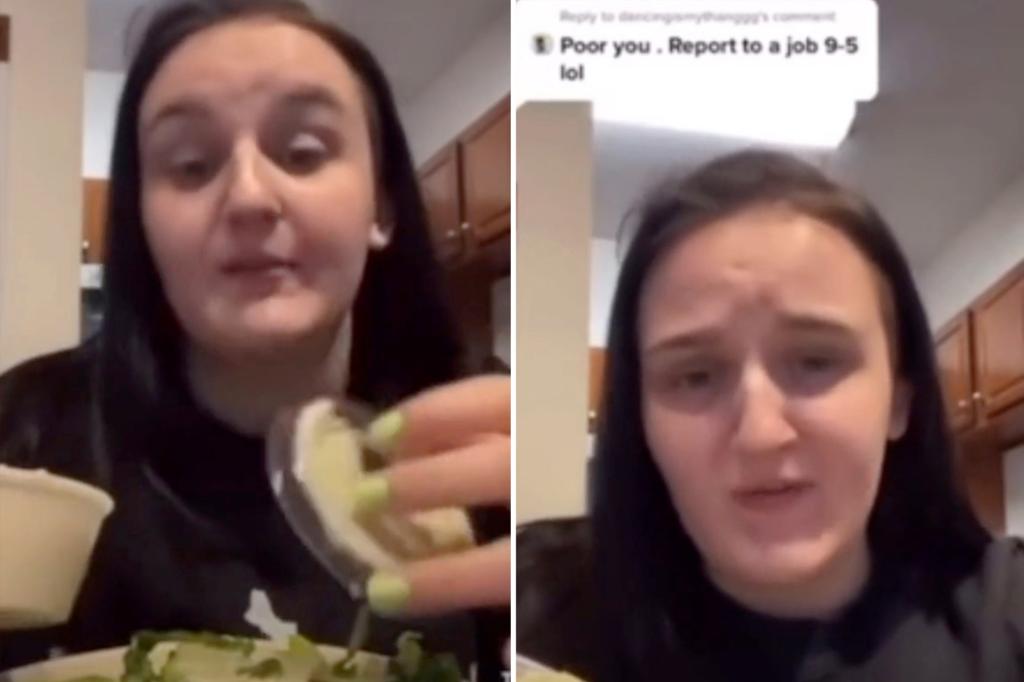 A TikTok star is being dragged online after allegedly bellyaching about the “insane” life of an influencer, which apparently includes such hardships as clocking off at 5:19 p.m. The original video has been deleted, but a repost has amassed 2.8 million views on TikTok as critics accuse the social media star of being detached from reality.

In the recirculated clip, posted by @riristea, popular makeup reviewer Mikayla Nogueira can be heard responding to a critic who suggested she try working a “9 to 5” job.

“You know I’m feeling like a f–king a–hole today,” replied the 24-year-old in the clip to her whopping 13.5 million TikTok followers. “I’m going to clap back at people cuz I’m tired. I’m so tired.”

The cosmetic expert then launched into a tirade about her supposedly grueling schedule, fuming: “Every single day, I get up at 6 a.m. I spend about five to six hours filming video content that ranges from three to four videos and I spend a few hours editing that video content.

“Then I have to work on my other social media profiles, whatever it may be, Instagram whatever,” added Nogueira, who is reportedly worth a cool $2 million, according to Sportskeeda. “It’s f–king marketing. Then I’m in meetings 12 to 5 p.m. I literally just finished work and it’s 5.19 p.m.”

The exasperated social media star concluded her rant by challenging detractors to “try being an influencer for a day.”

“The people who say it’s easy are so far out of their minds,” declared Nogueira. “It’s not for everybody. In fact, it’s for a very small handful of people who can actually do this job because it’s absolutely f–king insane.”

She added, “You do not want to have this job, I’m just saying.”

Needless to say, the Tokfluencer’s tirade rang a tad tone-deaf with the TikTok commentariat, who didn’t deem her schedule all that insane.

“I’m sorry but this is a better day than anybody I knows job/school/work life,” shot one critic. “At least u work that long and hangs no problem meeting ur bills.”

Another wrote, “I’ll take that job if she wants to complain.”

“Sounds like normal work hours for most people but they can’t take vacations whenever they want,” argued one unimpressed viewer.

Others shared their own work schedules in an effort to emphasize how decidedly cushy Nogueira’s gig is.

One commenter challenged, “Try working a 12-hour day in a hospital on your feet the whole day. Oh and working during the pandemic try that.”

Indeed, several of her followers shared screenshots of since-deleted comments that she’d allegedly made on Jaclyn Hill‘s Instagram posts, the Independent reported.

“Must be nice to be rich and all you do is film videos for YouTube,” Nogueira allegedly snarked under a post that Hill shared of her bedroom in 2018.

This isn’t the first time an influencer has been accused of entitled behavior. The New York City dining scene is reportedly plagued by online food-fluencers requesting “freebies” in exchange for plugs on their channels, many of whose follower counts are artificially inflated.