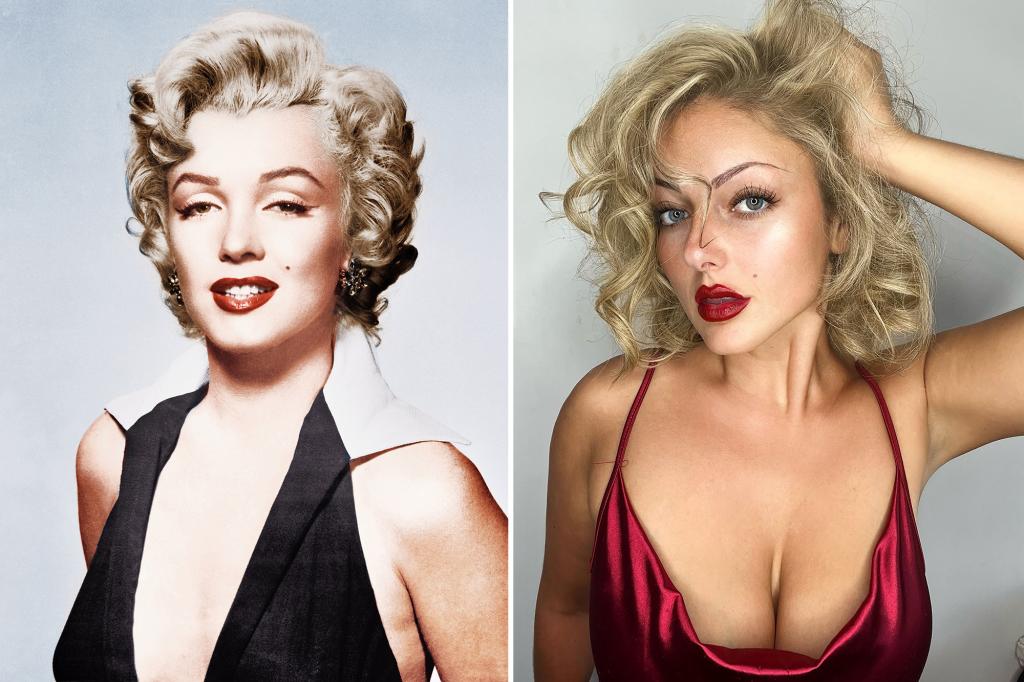 A 23-year-old Marilyn Monroe look-alike said she is no stranger to online hate — and even death threats — from people calling her “fake” and a “narcissist.”

With 20,000 Instagram followers, British influencer and model Leylah Dobinson told South West News Service that she has been a longtime admirer of the 1950s sex symbol, always in awe of her natural beauty and personality.

She loved to play dress-up and wear lipstick as a kid and claimed her mom told her she could be the next Monroe.

And that she did. Now, Dobinson posts her modeling pictures and her curly blond Monroe pictures to her account, but not everybody is impressed by her image.

“It’s happened multiple times where unknown accounts will message me saying, ‘You deserve to be dead’ or ‘You’re ugly,’ but it doesn’t bother me,” Dobinson said.

“It just pushes me to do more — without the haters, I wouldn’t get anywhere anyway. Normally I don’t even open them,” she continued.

“I don’t want to fully be her — she inspires me as a person,” Dobinson clarified about comparisons to the Hollywood legend.

“When someone says you look like as much of an icon as her, it’s a compliment — and I might as well use it and see where it goes,” she said.

Despite facing hurtful messages, Dobinson said they rarely ruin her day. In 2019, she started taking modeling seriously and, in 2020, booked her first paid photoshoot. If anything, the nasty online hate makes her more aware of her success as a model.

“I’ve always been quite a confident, strong-minded person, so receiving these messages has made me realize how far I’ve got with my modeling now — it’s actually irritating people which I love. It’s annoying people, which means I’m getting noticed,” she said.

“I think it’s a jealousy thing as well,” Dobinson added.

She is passionate about fame and hopes her looks can attract the same attention received by Monroe, who was known for roles in classic films including “Gentlemen Prefer Blondes,” “Some Like It Hot” and “The Seven Year Itch.” The star tragically died of an overdose at 36 in 1962.

“It’s always been my dream and passion to become a model, to be in the limelight — it’s my dream to be famous and I know I’ll make it one day,” she said.

Monroe’s fame is still casting a spell on the public long after her passing. She is getting the biopic treatment in the upcoming Netflix film “Blonde,” which stars Ana de Armas as the doomed actress.