Christian Bale on Leo DiCaprio: ‘Any role anybody gets, it’s only because he passed’ 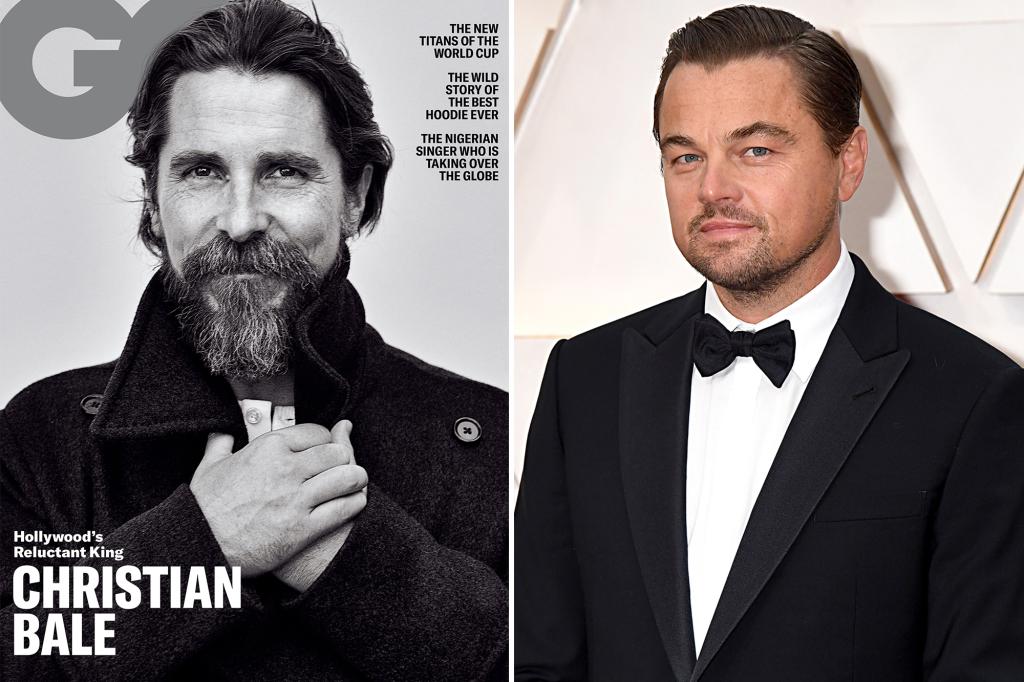 Christian Bale says all actors get Leonardo DiCaprio’s sloppy seconds when it comes to leading roles.

In a rare interview with GQ magazine, the “Amsterdam” actor said DiCaprio always has first dibs on Hollywood roles after writer Zach Baron noted that the “Don’t Look Up” star was cast ahead of Bale for his iconic role as Patrick Bateman in the 2000 horror thriller “American Psycho.”

When Baron noted that DiCaprio had been cast ahead of him in “at least five roles” in the 1990s, including mega blockbuster “Titanic,” Bale responded: “It’s not just me.”

“Any role that anybody gets, it’s only because he’s passed on it before hand. It doesn’t matter what anyone tells you. It doesn’t matter how friendly you are with the directors. All those people that I’ve worked with multiple times, they all offered every one of those roles to him first,” Bale said.

Bale commended DiCaprio for choosing his roles with discretion over the years.

“Literally, he gets to choose everything he does. And good for him, he’s phenomenal.”

Bale has never been bitter about getting roles DiCaprio passed on, and told GQ he wouldn’t want the limelight DiCaprio has either.

“Do you know how grateful I am to get any damn thing? I mean, I can’t do what he does. I wouldn’t want the exposure that he has either,” Bale said explaining that any actor his age in Hollywood has DiCaprio to thank for their gigs.

“I would suspect that almost everybody of similar age to him in Hollywood owes their careers to him passing on whatever project it is.”

The four-time Academy Award nominee was also candid about his humble beginnings, recalling a time during his early acting career when the house he was living in with his father and sister at the time was getting repossessed, a motivating factor for him to kick-start his acting career and make more money. At the time of “American Psycho,” Bale recalled making less than his glam squad.

“I remember one time sitting in the makeup trailer and the makeup artists were laughing at me because I was getting paid less than any of them. And so that was my motivation after that. Was just: ‘I got to get enough that the house doesn’t get repossessed,’ ” he told the glossy.

Bale, who was not filming a movie at the time of the GQ interview, said he was glad not to be working.

“I find myself very happily not playing dress-up, not pretending to be somebody else for long lengths of time,” he said, adding he was “f – – king ecstatic” to be off film duty.