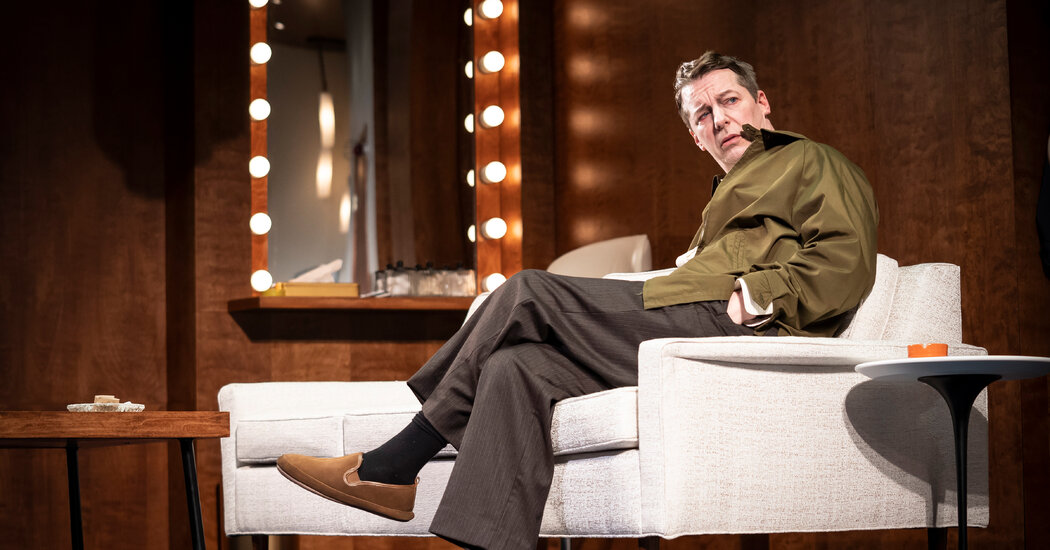 An unusually public dispute between a playwright and a production team has broken out into the open over a Broadway-bound play starring Sean Hayes.

The actor is planning to star next spring in a new play, “Good Night, Oscar,” about the witty pianist Oscar Levant, who became well known for his appearances on radio, television and film. The play was written by Doug Wright, who won both the Pulitzer Prize and a Tony Award for “I Am My Own Wife.”

But another playwright, David Adjmi, has taken to social media to express his unhappiness with this state of affairs, saying that he had written an earlier version of a Levant play for Hayes and is not pleased with the way his version was treated. Hayes and the production team have defended their conduct, saying that they had parted ways over “different creative visions.”

It is not unusual for theater and film projects to change members of their creative team, or even their casts, along the way. It is unusual, at least on Broadway, for disputes over such changes to break out into the open.

The issue became public on Tuesday, when Adjmi took to Facebook to say he wanted “to share my side of things” following an announcement last month that “Good Night, Oscar,” which had a strongly reviewed run at the Goodman Theater in Chicago, was coming to Broadway next spring.

Adjmi said he had begun working with Hayes in 2012 on another play that did not move forward, and that he then proposed writing a play about Levant for the actor. The producer Beth Williams then commissioned him to write it. He said Hayes and Williams decided not to use his script, and, for a time, “blocked me from developing my play” until their option for the script expired. “It is one thing to develop another play based on material I suggested, but it is quite another to engage in a campaign to sabotage mine — which was clearly their intention,” he said.

Adjmi also criticized Wright, who was the president of the Dramatists Guild, for “an unfortunate moral decision” in moving forward with writing the “Good Night, Oscar” script after learning of Adjmi’s predicament.

Wright, in a statement released Thursday by the production, described their interaction differently. Adjmi, Wright said in the statement, “was gracious in telling me that I should accept the assignment. He told me that he might continue to actively pursue a production for his script and I assured him that was fine by me.”

The statement from the “Good Night, Oscar” production, representing Hayes, Williams and Wright, agreed that Adjmi had written an initial script that Hayes and Williams had then rejected, and that Wright had written a subsequent script, but that’s where the agreement ends.

The production said Hayes had been interested in Levant for several years before he started working with Adjmi. And it denied any effort to harm Adjmi’s show.

“After working on the script for roughly two years, it became clear that Mr. Hayes and Mr. Adjmi had different creative visions,” the production said in a statement. “The decision was made by the production to sever ties with Mr. Adjmi and both parties understood that each party would continue developing plays based on Oscar Levant. There was no encumbrance on David Adjmi proceeding with his play after the option period he was paid for expired.”

Adjmi was also involved in a previous dispute over intellectual property. In 2014, he sued the copyright holder of the television show “Three’s Company,” which had sought to block further productions of his play “3C,” a parody inspired by the show. Adjmi won that case in 2015.