Review: ‘The Treasure of His Youth: The Photographs of Paolo Di Paolo’ Delights 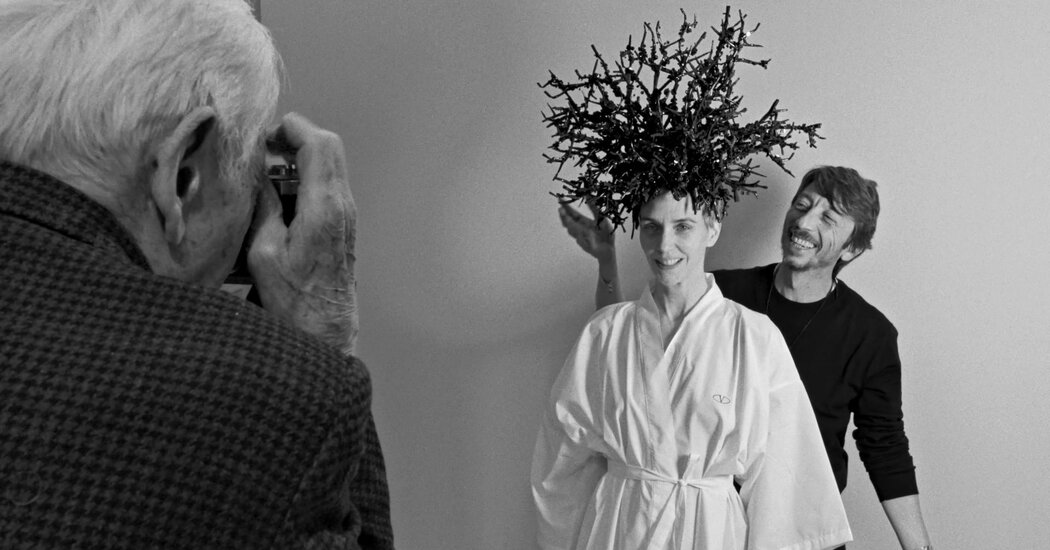 Late in this charming, exhilarating and revelatory documentary, Paolo Di Paolo, a prominent Italian photojournalist from the late 1950s who quietly and deliberately dropped off the map at the end of the 1960s, recalls a bittersweet love affair. It was with a woman several rungs above him on the social ladder (she is not named, although Di Paolo’s portraits of her are shown) who, when she called off the affair, told him “I will always be who I am. You are just a big paparazzo.”

Obviously, Di Paolo was more than that. The American photographer and filmmaker Bruce Weber was inspired to direct “The Treasure of His Youth: The Photographs of Paolo Di Paolo” after coming upon some startling Di Paolo prints several years ago, at an Italian gallery. “I had been dreaming about them long before I knew they existed,” Weber said. The subjects included poor children, literati, movie stars and more, captured with an engaged and searching eye.

Di Paolo was 94 when Weber started shooting the documentary. Energetic and articulate, frequently with his daughter Silvia, a champion of his rediscovered work, at his side, he is full of stories that directly reflect the artistic temperament he still possesses in retirement. “My luck was to have great relationships with important people,” he says.

For that reason, among others, Di Paolo’s images remain breathtaking. Weber assembles them to create mini-essays about some still-startling Italian figures, such as the filmmaker Pier Paolo Pasolini and the actress Anna Magnani.

As is his custom, Weber sprinkles the movie with that quirky dolce-vita dust that distinguishes his own sensibility. At one point, he throws in an “Intermission” montage scored with Barry White’s version of “Volare.” It not only fits — it’s delightful.

The Treasure of His Youth: The Photographs of Paolo Di Paolo
Not rated. In English and Italian with English subtitles. Running time: 1 hour 45 minutes. In theaters.

Scientists Have Designed a ‘Vagina on a Chip’