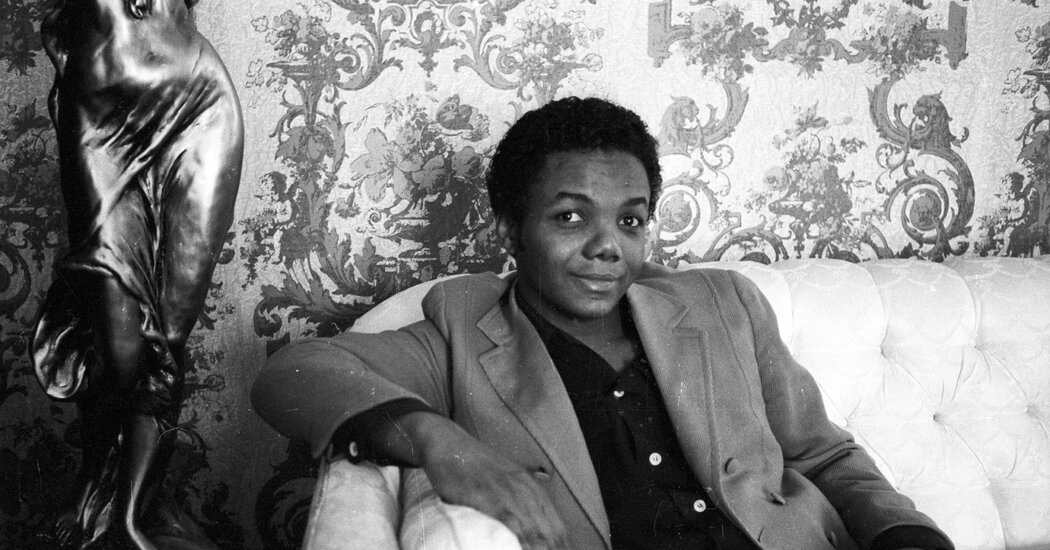 Lamont Dozier, the prolific songwriter and producer who was crucial to the success of Motown Records as one-third of the Holland-Dozier-Holland team, died on Monday in Arizona. He was 81.

Robin Terry, the chairwoman and chief executive of the Motown Museum in Detroit, confirmed the death. She did not specify a cause.

In collaboration with the brothers Brian and Eddie Holland, Mr. Dozier wrote songs for dozens of musical acts, but the trio worked most often with Martha and the Vandellas (“Heat Wave,” “Jimmy Mack”), the Four Tops (“Bernadette,” “I Can’t Help Myself”) and especially the Supremes (“You Can’t Hurry Love,” “Baby Love”). Between 1963 and 1972, the Holland-Dozier-Holland team was responsible for more than 80 singles that hit the Top 40 of the pop or R&B charts, including 15 songs that reached No. 1. “It was as if we were playing the lottery and winning every time,” Mr. Dozier wrote in his autobiography, “How Sweet It Is” (2019, written with Scott B. Bomar).

Nelson George, in his 1985 history of Motown, “Where Did Our Love Go?” (named after another Holland-Dozier-Holland hit), described how the youthful trio had won over the label’s more experienced staff and musicians. “These kids,” he wrote, “had a real insight into the taste of the buying public” and possessed “an innate gift for melody, a feel for story song lyrics, and an ability to create the recurring vocal and instrumental licks known as ‘hooks.’”

“Brian, Eddie and Lamont loved what they were doing,” Mr. George added, “and worked around the clock, making music like old man Ford made cars.”

In his memoir, Mr. Dozier concurred: “We thought of H.D.H. as a factory within a factory.”

Lamont Herbert Dozier — he was named after Lamont Cranston, the lead character in the radio serial “The Shadow” — was born on June 16, 1941, in Detroit the oldest of five children of Willie Lee and Ethel Jeannette (Waters) Dozier. His mother largely raised the family, earning a living as a cook and housekeeper; his father worked at a gas station but had trouble keeping a job, perhaps because he suffered from chronic back pain as a result of a World War II injury (he fell off a truck).

When Mr. Dozier was 5, his father took him to a concert with an all-star bill that included Count Basie, Nat King Cole and Ella Fitzgerald. While the music excited the young boy, he was also impressed by the audience’s ecstatic reaction, and resolved that he would make people feel good in the same way.

As a high school student, Mr. Dozier wrote songs, cutting up grocery bags so he would have paper for the lyrics, and formed the Romeos, an interracial doo-wop group. When the Romeos’ song “Fine Fine Baby” was released by Atco Records, a subsidiary of Atlantic, in 1957, Mr. Dozier dropped out of high school at age 16, anticipating stardom. But when Atlantic’s Jerry Wexler wanted a second single, Mr. Dozier overplayed his hand, saying the group would only make a full-length LP. He received a letter wishing him well and dropping the Romeos from the label.

After the Romeos broke up, Mr. Dozier auditioned for Anna Records, a new label called founded by Billy Davis and the sisters Anna and Gwen Gordy; he was slotted into a group called the Voice Masters and hired as a custodian. In 1961, billed as Lamont Anthony, he released his first solo single, “Let’s Talk It Over” — but he preferred the flip side, “Popeye,” a song he wrote. “Popeye,” which featured a young Marvin Gaye on drums, became a regional hit until it was squelched by King Features, owners of the cartoon and comic-strip character Popeye.

After Anna Records folded in 1961, Mr. Dozier received a phone call from Berry Gordy Jr., brother of Anna and Gwen, offering him a job as a songwriter at his new label, Motown, with a salary of $25 a week as an advance against royalties. Mr. Dozier began collaborating with the young songwriter Brian Holland.

“It was like Brian and I could complete one another’s musical ideas the way certain people can finish one another’s sentences,” Mr. Dozier wrote in his memoir. “I realized right away that we shared a secret language of creativity.”

They were soon joined by Brian’s older brother, Eddie, who specialized in lyrics, and began writing songs together — although hardly ever with all three parties in the same room. Mr. Dozier and Brian Holland would write the music and supervise an instrumental recording session with the Motown house band; Eddie Holland would then write lyrics to the track. When it came time to record vocals, Eddie Holland would guide the lead singer and Mr. Dozier would coach the backing vocalists.

In his memoir, Mr. Dozier summed it up: “Brian was all music, Eddie was all lyrics, and I was the idea man who bridged both.”

Sometimes he would have an idea for a song’s feel: He wrote the Four Tops’ “Reach Out I’ll Be There” thinking about Bob Dylan’s phrasing on “Like a Rolling Stone.” Sometimes he concocted an attention-grabbing gimmick, like the staccato guitars at the beginning of the Supremes’ “You Keep Me Hangin’ On” that evoked a radio news bulletin.

And sometimes Mr. Dozier uttered a real-life sentence that worked in song, as he did one night when he was in a Detroit motel with a girlfriend and a different girlfriend started pounding on the door. He pleaded with the interloper, “Stop, in the name of love” — and then realized the potency of what he had said. The Holland-Dozier-Holland team quickly hammered the sentence into a three-minute single, the Supremes’ “Stop! In the Name of Love.”

In 1965, Mr. Gordy circulated an audacious memo to Motown staffers that read in part: “We will release nothing less than Top Ten product on any artist; and because the Supremes’ worldwide acceptance is greater than other artists, on them we will release only #1 records.” Holland-Dozier-Holland stepped up: While they didn’t hit the top every time with the Supremes, they wrote and produced an astonishing 10 No. 1 pop hits for the group.

“I accepted that an artist career just wasn’t in the cards for me at Motown,” Mr. Dozier wrote in 2019. “I still wanted it, but I was constantly being bombarded with the demand for more songs and more productions for the growing roster of artists.”

When Marvin Gaye, who had turned himself from a drummer into a singing star, needed to record some material before he went on an extended tour, Mr. Dozier reluctantly surrendered a song he had been saving to relaunch his own career as an artist: “How Sweet It Is (To Be Loved by You).” Mr. Gaye showed up for the session with his golf clubs, late and unprepared, and nailed the song in one perfect take.

Mr. Dozier and the Holland brothers left Motown in 1967, at the peak of their success, in a dispute over money and ownership, and started two labels of their own, Invictus and Hot Wax; their biggest hit was Freda Payne’s “Band of Gold,” a Top 10 hit in 1970.

“Holland-Dozier-Holland left and the sound was gone,” Mary Wilson of the Supremes lamented to The Washington Post in 1986.

Mr. Dozier wrote some more hits with the Hollands (many credited to the collective pseudonym Edythe Wayne because of ongoing legal disputes with Motown) and struck out on his own in 1973, resuming his singing career.

He released a dozen solo albums across the years, but without achieving stardom as a singer; he had the most chart success in 1974, most notably with the song “Trying to Hold On to My Woman,” which reached the Top 20, and “Fish Ain’t Bitin’,” with lyrics urging Richard Nixon to resign, became a minor hit when his label publicized a letter it had received from the White House asking it to stop promoting the song.

Mr. Dozier had greater success collaborating with other artists in the 1980s, writing songs with Eric Clapton, the Simply Red frontman Mick Hucknall (who puckishly released “Infidelity” with the credit “Hucknall-Dozier-Hucknall”) and Phil Collins, who hit No. 1 in 1989 with the Dozier-Collins song “Two Hearts.”

Information on survivors was not immediately available.

Mr. Dozier served as an artist-in-residence professor at the University of Southern California’s Thornton School of Music and as chairman of the board of the National Academy of Songwriters, imparting his hard-won wisdom to younger writers.

“Always put the song ahead of your ego,” he wrote in his memoir. And he revealed the secret to his relentless productivity: “Writer’s block only exists in your mind, and if you let yourself have it, it will cripple your ability to function as a creative person. The answer to so-called writer’s block is doing the work.”