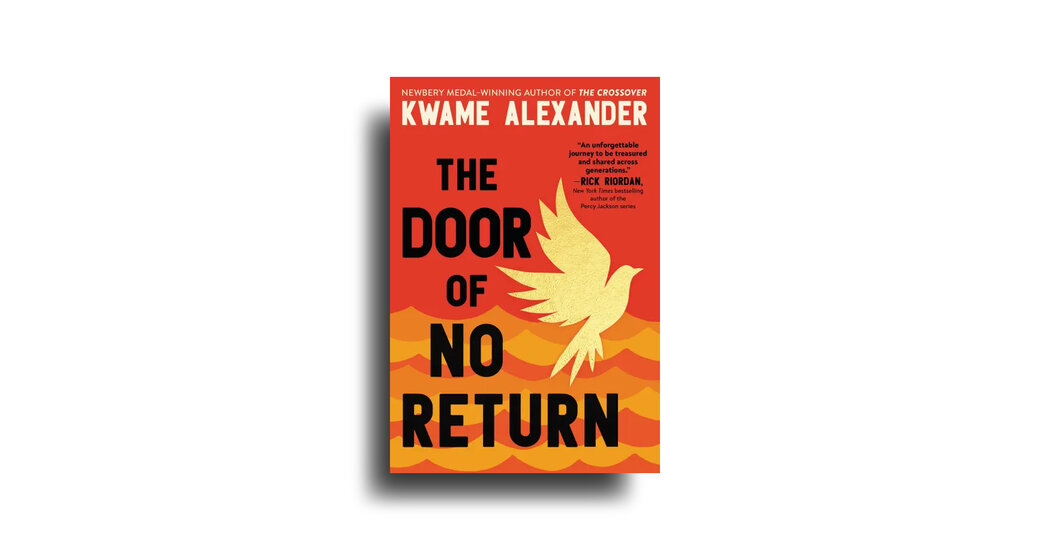 THE DOOR OF NO RETURN, by Kwame Alexander

Behind the seemingly straightforward details of history in Kwame Alexander’s new novel-in-verse, “The Door of No Return” — the first book in a trilogy following a Ghanaian boy caught in the praxis of the Atlantic slave trade — there lurks complexity. The fact that the slave ship transporting Kofi flies the U.S. flag when the novel is set in September 1860, months before the outbreak of the American Civil War and decades after the abolition of the Atlantic slave trade in the United States, speaks to the clandestine nature of the enterprise and its persistence despite the laws against it. In truth, these issues are never explored. Alexander understands how to select a suitable context for what could be viewed as a study in writing, publishing and marketing a popular work on slavery in our time for young readers.

The story is fairly uncomplicated. Kofi lives with his family in an Asante village that already reflects the influence of British colonialism. He’s forced to speak only English at the school he attends, and he has challenged a boy who bullies him to a swim race in their local river. He’s also in love with his schoolmate Ama but is too shy to tell her. Kwasi, Kofi’s older brother, accidentally kills an opponent in the annual wrestling match against their rival village, which retaliates by killing him and taking Kofi to be traded by the British at a castle on the coast, where he encounters the door of no return. On the other side lies “slow passage/over troubled waters.”

“It was a hard story to write, but it was one that needed to be told. I wrote it for the me nobody knows. For the you who is still becoming. For the possibility that is in us,” Alexander says in his author’s note. (One senses an incredible effort to be politic, almost a plea for patience.) “Now you must walk through. With your eyes unshut. With your heart unlocked. And your mind as free as the mighty sea.”

Alexander is an accomplished writer, decorated with the top awards given to authors of literature for young people. He is aware of the minefield a book can represent in today’s American education system and of the many parents who want to ban Black stories that make white children feel bad about themselves. So he compromises. He shows that the baddies include Africans, ranging from those who are ashamed of their Africanness and want to celebrate Europeanness (like the teacher Goodluck Phillip), to the school bully who traumatizes Kofi (his cousin), to the men who capture Kofi and his brother and murder Kwasi in front of him. White people make a brief appearance at the end, but Alexander can’t be accused of blaming slavery entirely on them.

Alexander’s dutiful research is on full display — the quoting of proverbs, the use of Adinkra symbols as chapter markers, the strategically translated Twi phrases to acclimate his American readers.

The problem with historical novels is that they have to balance the author’s perspective on the history with the seductions of a novel — character, plot, action. Since Kofi has yet to reach land, much less America, by the end of this installment, we’ll have to wait and see how Alexander treats the U.S. role in the Atlantic slave trade’s perpetuation. Meanwhile, “The Door of No Return” gives us a boy’s adventure story that will no doubt translate well to an animated film, with descriptions of the African landscape, a love story, the tragic consequences of human cruelty and the magical power of self-esteem. As it comes to a close, Afua, a fellow prisoner who commits suicide rather than face being raped again by the ship’s sailors, roots for Kofi to escape: “When it is time, you will know. Follow your dream.” The popular theme song is already organizing itself.

Kwame Dawes, a Ghanaian-born poet and fiction writer, is the editor in chief of Prairie Schooner magazine.