Judith Durham, Singer of ‘Georgy Girl’ and Other Hits, Dies at 79 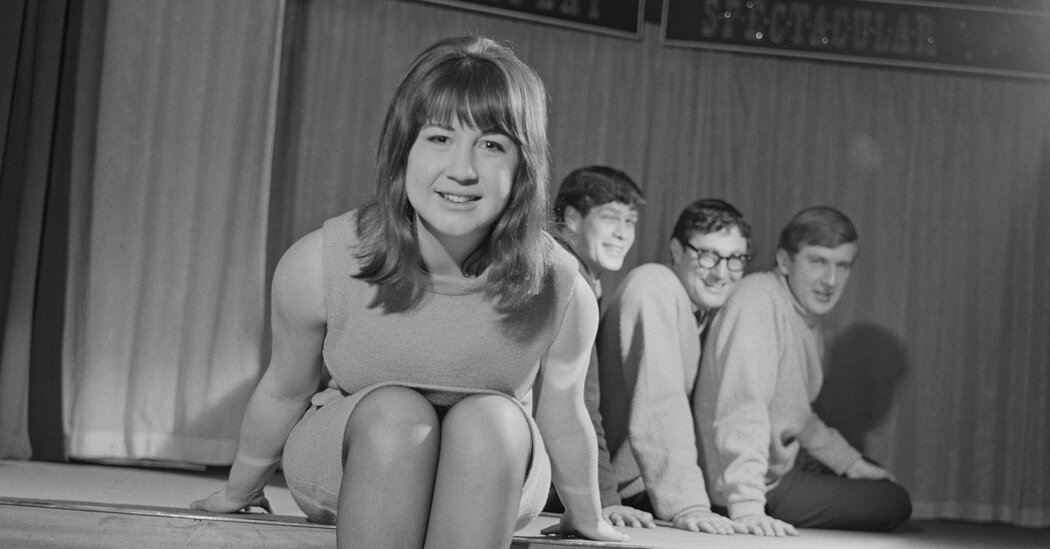 Judith Durham, the lead vocalist of the 1960s Australian folk-pop band the Seekers, whose shimmering soprano voice and wholesome image propelled singles like “Georgy Girl” and “I’ll Never Find Another You” to the top of the pop charts, died on Friday in Melbourne. She was 79.

Her death, in a hospital, was caused by bronchiectasis, a lung disease that she had battled since childhood, according to a post from Universal Music Australia and the Musicoast record label on the Seekers’ Facebook page.

A sunny folk-influenced quartet whose fresh-faced image and effervescent pop songs stood in marked contrast to the libidinal frenzy of 1960s rock, the Seekers sold an estimated 50 million singles and albums worldwide. They became the first Australian pop group to achieve global success, paving the way for other acts based in Australia, like the Bee Gees and Olivia Newton-John.

“Judith Durham gave voice to a new strand of our identity and helped blaze a trail for a new generation of Aussie artists,” Prime Minister Anthony Albanese wrote on Twitter.

Ms. Durham was a classically trained vocalist whose work was admired by other singers. Elton John, whose song “Skyline Pigeon” Ms. Durham recorded in 1971, once said that she possessed “the purest voice in popular music.”

Judith Mavis Cock was born on July 3, 1943, in Essendon, Australia, to William Cock, an aviator in World War II, and Hazel (Durham) Cock. “My mother apparently said I could sing nursery rhymes in perfect tune when I was 2,” Ms. Durham once said in a television interview.

She was working as a secretary at the J. Walter Thompson advertising agency in Melbourne when an account executive, Athol Guy, invited her to sit in with his folk group, which also included Keith Potger and Bruce Woodley, and which had just lost its singer.

The group released its first album, “Introducing the Seekers,” in 1963, but did not strike it big until the next year, when it took a gig on an ocean liner and ended up staying in England indefinitely.

It was a portentous time to arrive on the British music scene: Bands like the Beatles, the Rolling Stones and the Kinks were performing to screaming teenage fans as they rolled toward global stardom.

“The pop charts was probably the furthest thing from any of our minds,” she said in a 2001 television interview. “You just didn’t try to do that with a folk-based quartet. Everybody was more poppy, and had the long hair and the electric instruments.”

Fueled by Ms. Durham’s vocals, however, the group caught the eye of Tom Springfield — Dusty Springfield’s songwriting brother — who offered them one of his songs, “I’ll Never Find Another You,” to record.

“Georgy Girl,” the title song from the hit 1966 feature film starring Lynn Redgrave in the title role, was an even bigger smash. Written by Mr. Springfield and Jim Dale, it was nominated for an Academy Award and hit No. 2 on the Billboard singles chart in the United States.

But Ms. Durham felt the pressure of fame and was increasingly insecure about her weight, which she tried to disguise by making her own dresses. She began to shrink from the spotlight.

“It was this never feeling good enough to be given the amazing opportunities we were given,” she said in a 2018 Australian television interview. “The boys were amazing, they all looked gorgeous, and so musically talented and everything. And so for me, I thought, ‘Well, they don’t really need me.’”

Fans were crestfallen when she left the group in 1968. (A later version of the group, the New Seekers, would have a hit in 1973 with “I’d Like to Teach the World to Sing.”) But Ms. Durham remained in the public eye, particularly in Australia, where she recorded solo albums, starred in television specials and performed with her husband, the pianist Ron Edgeworth, whom she married in 1969. He died in 1994 of motor neuron disease, a rare neurological disorder.

Survivors include a sister, the singer Beverley Sheehan.

Ms. Durham reunited with the Seekers off and on in the ’90s and again in 2013, for the group’s 50th anniversary. That tour was interrupted when Ms. Durham suffered a brain hemorrhage.

In honor of her 75th birthday in 2018, Ms. Durham released her first album in six years, a compilation of previously unreleased tracks called “So Much More.”

In a 2016 interview on Australian television, she admitted that fame had come to seem a burden at times when she was younger.

“At one stage I really thought that I probably wasn’t going to keep singing,” she said. But, she added: “I’m glad that I’ve lived a long time. That’s helped me therefore lose the sense of burden, and see it as an honor and a privilege that people have kept me in their lives.”

Olivia Newton-John tops charts with 7 songs after her death