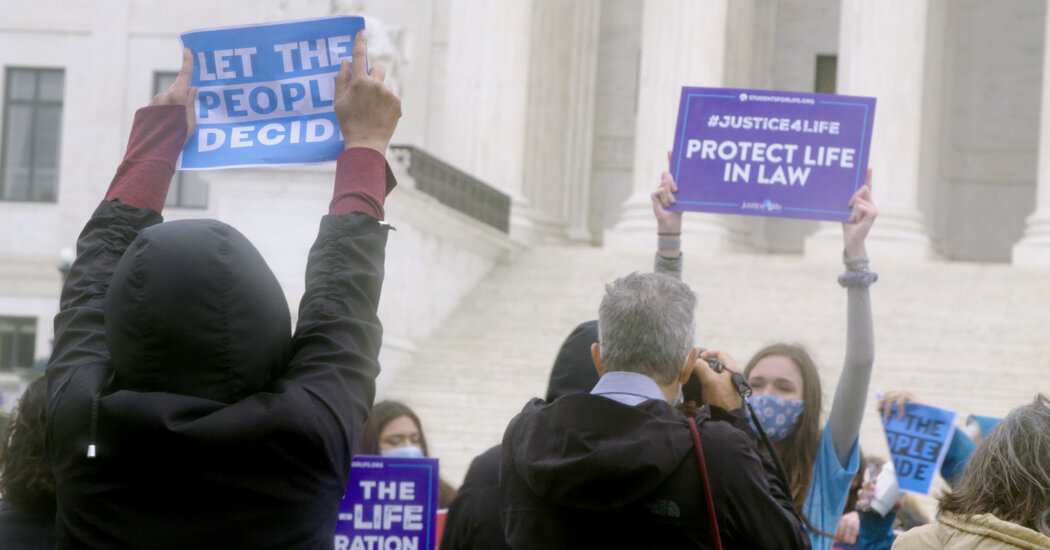 Cynthia Lowen’s straightforward documentary “Battleground” follows three prominent anti-abortion campaigners in the few years leading up to 2022, when the Supreme Court ruled to overturn Roe v. Wade, the 1973 decision protecting a woman’s right to an abortion.

The documentary is a cookie-cutter presentation intent on showing viewers how leaders of the anti-abortion movement have managed to advance their goals and consolidate power by mobilizing an evangelical minority.

Appearing as talking heads, abortion rights voices — namely current and former representatives of Planned Parenthood — are featured as well, but those women primarily retread familiar talking points: banning abortion threatens a woman’s bodily autonomy, her health and her economic future. These segments do, however, provide some minimal context that cuts through the rhetoric of the anti-abortion activists who are at the center of the film.

Lowen spotlights the strategies employed by those anti-abortion groups, who are composed not just of evangelical Christians, but also young people and people who profess to be neither religious nor conservative. The teenagers’ cheery dedication comes off as cultlike, with Lowen doing her best to keep the camera’s gaze strictly observant.

Of the three anti-abortion leaders Lowen trails, Terrisa Bukovinac, the founder of Pro-Life San Francisco, is perhaps the most baffling. A self-proclaimed feminist and atheist who claims that women who support anti-abortion legislation can be promiscuous, too, she is the face of a modern anti-abortion campaign that understands that optics are everything. For her, the movement would benefit from distancing itself from its moralistic image, appearing instead more like an approachable lifestyle brand.

A recorded conversation between evangelical leaders and President Donald Trump is played in bits and pieces throughout the film. It suggests a kind of devil’s pact between those religious honchos and the former president’s administration, one depicted as more concerned with amassing the support of single-issue voters and willing to assume their ideological position as a result. It’s a haunting reality, and “Battleground” provides a glimpse into the minds of a minority leading the anti-abortion charge — if nothing else.