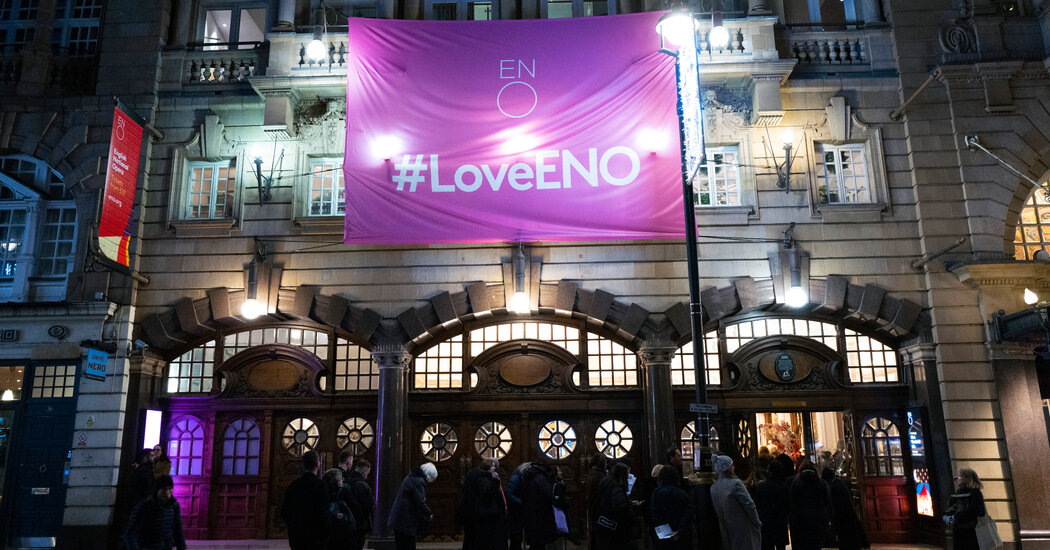 Fewer performances meant that the Arts Council was subsidizing each E.N.O. ticket sold to a greater extent, and the company was often criticized for providing poor value for public money.

A spokeswoman for the company said in an email that 90,000 people went to the company’s 63 performances last season, a figure that means each ticket was propped up with £137, or about $168, of state funding. The spokeswoman added that attendance was lower than usual that season, because of the pandemic, and that the opera reached many more people through other means, including television broadcasts seen by 2.2 million viewers.

The Arts Council has defended its decision. Claire Mera-Nelson, the agency’s director of music, said in a blog post that she had seen “almost no growth in demand” for large-scale opera over the past five years, and had decided to prioritize funding for the art form “at different scales, reimagined in new ways” such as staging productions in parking lots, or pubs. Darren Henley, the Arts Council’s chief executive, wrote in The Guardian that “new ideas may seem heretic to traditionalists,” but that opera needed to reinvent itself to “remain exciting and meaningful to future generations.”

On Thursday, Henley told British politicians he was having discussions with the E.N.O. over how it could keep showing work in London, as well as elsewhere in England, but added, “We can’t fund them in London.” (The Arts Council declined an interview request for this article.)

While English National Opera’s future is hanging on officials’ whims, its audience seems hopeful that it will remain in London, somehow. At the Coliseum last week, before a performance of Gilbert and Sullivan’s “The Yeomen of the Guard,” the atmosphere was relaxed and informal. Audience members in winter coats and bobble hats arrived on foot, rather than in sleek cars, and headed into the theater, where a merchandise stall was selling T-shirts with the slogans “Choose Opera” and “#loveENO.”

Nick McConagh, 72, said he had been coming to the E.N.O. since the 1970s because its tickets were affordable. “It disproves the belief that opera is for the rich,” he said.