Alec Baldwin and Others Could Face Charges in ‘Rust’ Shooting, D.A. Says 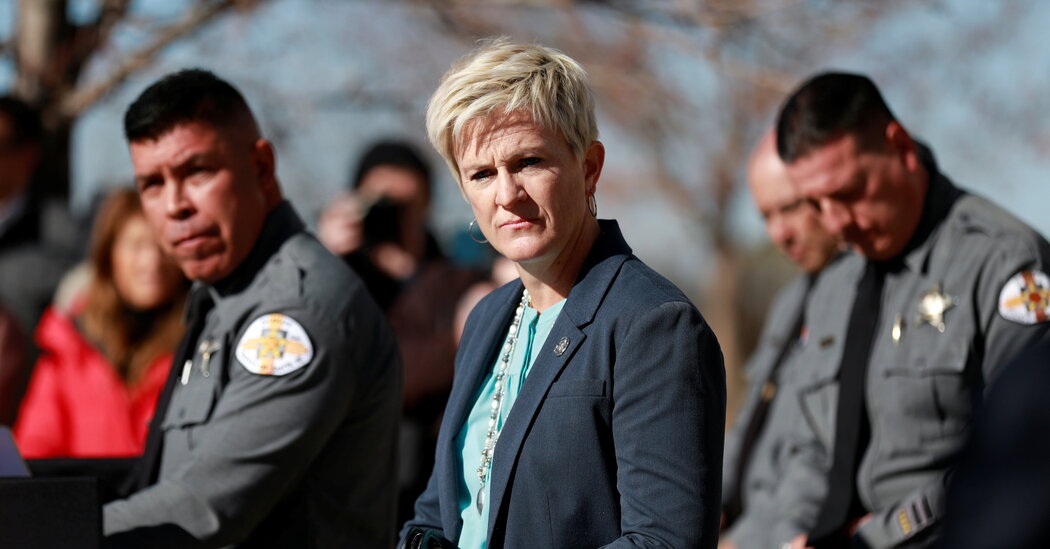 The Santa Fe County District Attorney’s Office has said that up to four people, including the actor Alec Baldwin, could be charged in the fatal shooting of a cinematographer on the set of the film “Rust” last year if prosecutors decide criminal charges are warranted.

The district attorney’s office speculated on the possible charges in a request to state officials late last month that asked for additional funding to cover the costs that would be incurred if charges were brought, which would result in several high-profile trials.

While the district attorney, Mary Carmack-Altwies, made it clear in her funding request that her office had not yet decided whether to bring charges — “If charges are warranted,” she began one sentence — the funding request also went into greater detail than she has in the past, noting that her office could charge up to four people.

A document attached to the funding request said, “One of the possible defendants is well-known movie actor Alec Baldwin.”

For nearly a year, the Santa Fe County Sheriff’s Office has been investigating the death of the cinematographer, Halyna Hutchins, who was shot on Oct. 21 as Mr. Baldwin practiced drawing an old-fashioned revolver from a shoulder holster. He had incorrectly been told the gun did not contain live ammunition, but it went off, firing a bullet that killed Ms. Hutchins and injured Joel Souza, the film’s director. Mr. Baldwin has insisted that he is not to blame for the fatal shooting, saying that he had not pulled the trigger and did not know how live rounds got onto the set.

A lawyer for Mr. Baldwin, Luke Nikas, said in a statement that the district attorney had made it clear that she had not yet made any decisions about who, if anyone, might be charged in the case. During his communications with her office after it submitted the funding request, Mr. Nikas said, “I was told that it would be premature to discuss the case because they had not yet reviewed the file or deliberated about their charging decision.”

“The D.A.’s office must be given the space to review this matter without unfounded speculation and innuendo,” Mr. Nikas said.

Ms. Carmack-Altwies has said for months that criminal charges were possible in the case, but that her office was waiting for the results of an investigation by the sheriff’s office before making a final decision. In a meeting with the New Mexico Board of Finance last week, Ms. Carmack-Altwies said she expected those findings to arrive within days or weeks.

“It has become apparent that we will be potentially charging between one and four people with criminal charges,” Ms. Carmack-Altwies told board members in a meeting on Sept. 20. “Each of those charges will probably include some variation of our homicide statute.”

In her plea for more than $600,000 in emergency funding, Ms. Carmack-Altwies told the board her office would need to hire a prosecutor devoted to the case full time, a special investigator, a public information officer, a paralegal and several experts.

“These cases look to be too big for just my office to handle,” she said at the meeting.

The board approved more than $300,000 in funding, and the office can request additional funding as its work proceeds.

Federer on His Exit and Holding Nadal’s Hand: ‘It’s Maybe a Secret Thank You’