A Work of Mourning Comes to New York, With No Rothkos in Sight 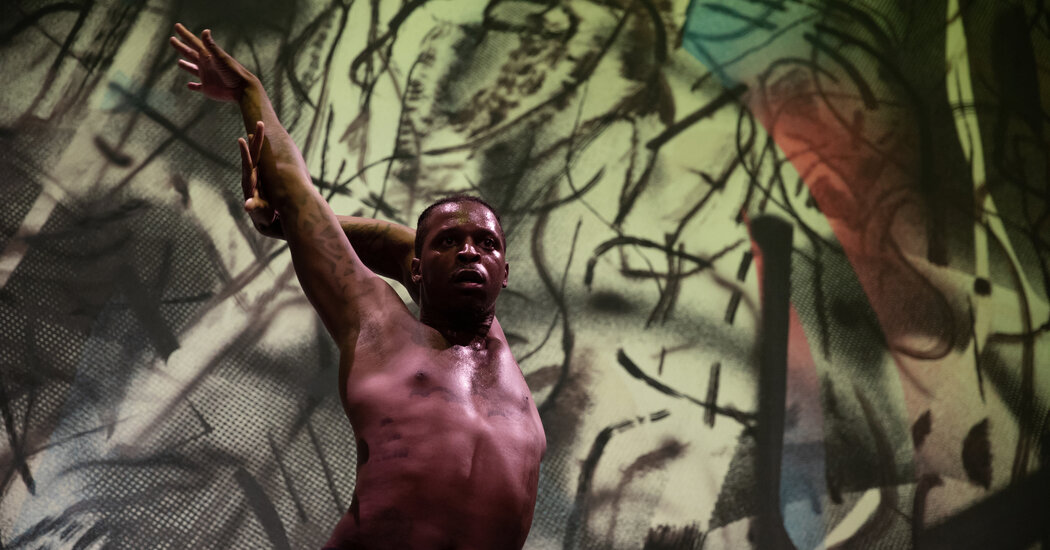 The underpaintings — invisible in the final works — are blurred images, mostly taken from the news, including coverage of the Jan. 6 insurrection at the Capitol and the 2017 far-right rally in Charlottesville, Va. Those ghosts of history and trauma, personal and societal, are a veiled presence, like “Sometimes I Feel Like a Motherless Child” in Sorey’s score.

“It’s constantly playing back as the piece is going, but you only hear it now and again,” Sorey said. “You have this musical information that is in a lot of ways inspired by that spiritual, but you only really hear it from time to time. It’s there, and it’s not there.”

In Sellars’s telling, the past is invoked in this way in “Monochromatic Light” in order to heal and press toward the future. “Coming out of the two years we’re coming out of, it’s important to move forward,” he said, “The past is ongoing, but we have to move this whole thing forward.”

Unlike in Houston, where audience members faced in the same direction toward the performers, the Armory’s in-the-round presentation also has political reverberations. “It’s about a society looking at itself,” Sellars said. “There is no way out; we’re all in this together. None of us is experiencing the exact same thing, but we’re with each other.”

Sorey’s music, he added, “is experiential. It’s lived in; it’s an experience.”

The question is how audiences will respond to an experience so long, spare, rigorous and ritualistic. “It is about endurance,” Sellars said. “How long a minute can be. Not ‘Oh, let’s change the subject.’ We’re going to stay here until we really find something. It’s a space of concentrated investing.”

And the music gives the sense that it could keep on quietly expanding forever. Sorey, however, said that he thought it had reached its final form: “This feels like what it is.”

Then, with a grin, he added: “I’ve got another hour to add. Easily, right?”