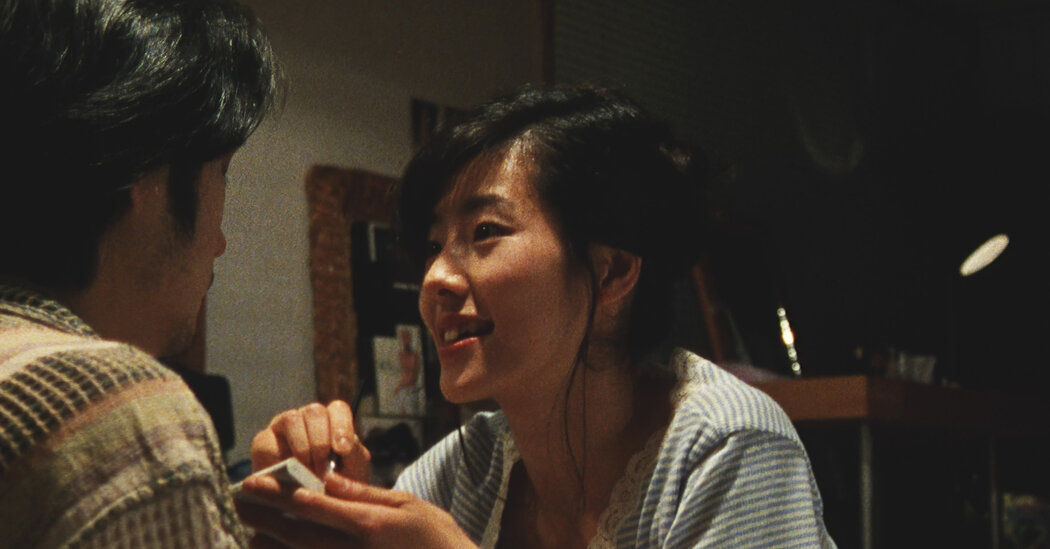 Regular film festival attendees might recognize the name of the Japanese director Nobuhiro Suwa (“H Story” and “A Perfect Couple”). But his 1997 feature, “2/Duo,” is only now receiving a New York release; it’s showing in tandem with a series at Metrograph on “Japanese indies from the punk years.” But little about “2/Duo” is particularly punk.

Rather, the film is a spare relationship drama centered on a volatile couple, Kei (Hidetoshi Nishijima) and Yu (Eri Yu). Kei is a nonentity of a screen actor. (Near the beginning, he is shown practicing incidental dialogue before being informed that his scene has been cut.) Yu works at a clothing boutique. After Kei proposes, in a manner so abrupt that Yu thinks he’s rehearsing lines, their innocuous conversations increasingly turn into arguments.

Given Kei’s profession, Suwa suggests there might be a performative aspect to the bickering. (Kei has a habit of phoning Yu, who asks where he is; he always says he doesn’t know.) As the film observes them in lengthy shots — occasionally interrupted by cuts to black — with Kei’s unmotivated outbursts sometimes breaking up interactions that drag or stall, their behavior looks suspiciously like the result of actors’ improvisation.

It is not surprising to learn that a script was tossed and the performers developed their own lines. Similar techniques yielded brilliance from John Cassavetes, Jacques Rivette and Mike Leigh. But here they mostly result in characters who don’t appear fully realized. Whatever makes Kei and Yu tick, to the extent that the collaborative process ever fleshed it out, does not come across onscreen.

2/Duo
Not rated. In Japanese, with subtitles. Running time: 1 hour 30 minutes. In theaters.

The Fall of Wirecard, a Tech Scandal That Rocked Germany, Reaches a Courtroom